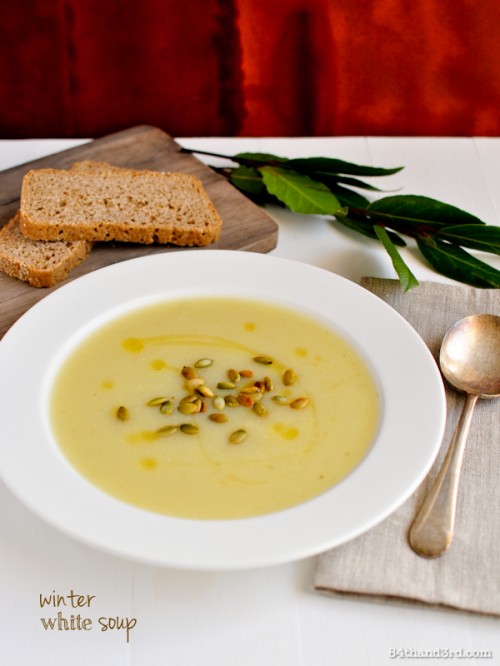 The good news is I don't have pleurisy. While the thought lives just fine on it's own as a daily positive affirmation statement it may be best if explain a bit further... First some background, I am not a fan of doctors [sorry doctors], hospitals freak me out and I am not one prone to hypochondria. The last time I was in a hospital was 11-ish years ago and in general I am one of those people who will soak gushing kitchen injuries in salt water and bandage with a tight band-aid before ever … END_OF_DOCUMENT_TOKEN_TO_BE_REPLACED

We added another doona onto the bed the other night. The heater in the lounge room is getting a workout - as is the power bill I'm sure. I pretty much live in an ancient cashmere jumper and occasionally layer it with a puffy down vest. I haven't taken off my  Ugg boots in days. Can you tell I don't do winter very well? So why on earth am I making sorbet? Well it uses the best of local NSW winter citrus, and not quite as local Queensland winter passionfruit to create an instant tropical … END_OF_DOCUMENT_TOKEN_TO_BE_REPLACED 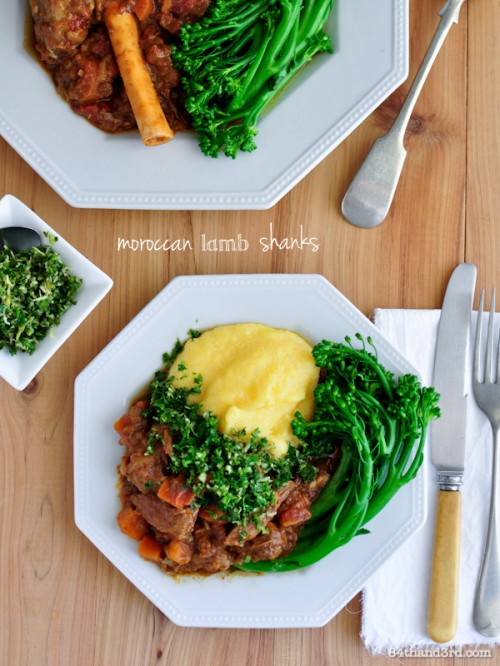 There is something wonderfully satisfying about a slow cooked stew in winter. Given, I don't eat this one myself but every now and then RJ asks for it by name and I simply can't resist. I've mentioned before that I'm a veg-aquarian and, until very recently, it's been roughly 15 years since I've eaten meat. However the consumption of meat has always been a texture / flavour / heath issue for me, never an ethical one, and I really enjoy cooking with it. We do try to buy organic and … END_OF_DOCUMENT_TOKEN_TO_BE_REPLACED

« Vegan Chocolate Fudge, PLUS 11 flavour twists
Carmen! An evening at the Opera on Sydney Harbour »

I am so excited to officially share my newest project with you. I've been hinting here and there, talking in low tones and whispers, but I've never been too good at using my inside-voice for extended periods of time. So without any further ado, you're invited to lunch! Seasonal Sunday Lunch is an international grass-roots movement that aims to raise awareness of seasonal produce and encourage mindful seasonal eating in the simplest, most enticing way: by gathering friends and family for a … END_OF_DOCUMENT_TOKEN_TO_BE_REPLACED

I don't believe in feeling guilty about eating dessert. A slice of cake or scoop of ice cream or stack of cookies should bring a smile to your face not a grimace or bad feelings. However I understand that the guilt felt by many about overeating sweets is not aimed at the sheer pleasure of the act, but the ingredients contained within the treat - or the physiological result of the activity. Sugar highs and crashes, tummy troubles and far too many bad calories are forever associated with … END_OF_DOCUMENT_TOKEN_TO_BE_REPLACED

Bacon, bacon, bacon, bacon, for years everyone has been obsessed with bacon. The craze reached a fever pitch somewhere around 2010/11 and while every expert has predicted [hoped for] its demise ever since our addiction to bacon seems to give no hint of waning. Not only are there stacks of savory recipes out there but you can find hundreds of festivals in celebration of it and websites devoted to its existence. Then, as is always the case with any trend, bacon made its way into desserts. You … END_OF_DOCUMENT_TOKEN_TO_BE_REPLACED

It's fine, don't worry about me, I'll just have salad and bread... It's a phrase known well by many non-meat eaters when faced with a weekend BBQ in Australia. Barbequing here generally consists of steaks, sausages, a bit more steak, another sausage, and maybe some chops. No, we don't generally 'throw another shrimp on the barbie' [and even if we did we'd call them prawns and they'd probably still have the heads on] and while there is always a pile of white bread or rolls and perhaps some … END_OF_DOCUMENT_TOKEN_TO_BE_REPLACED