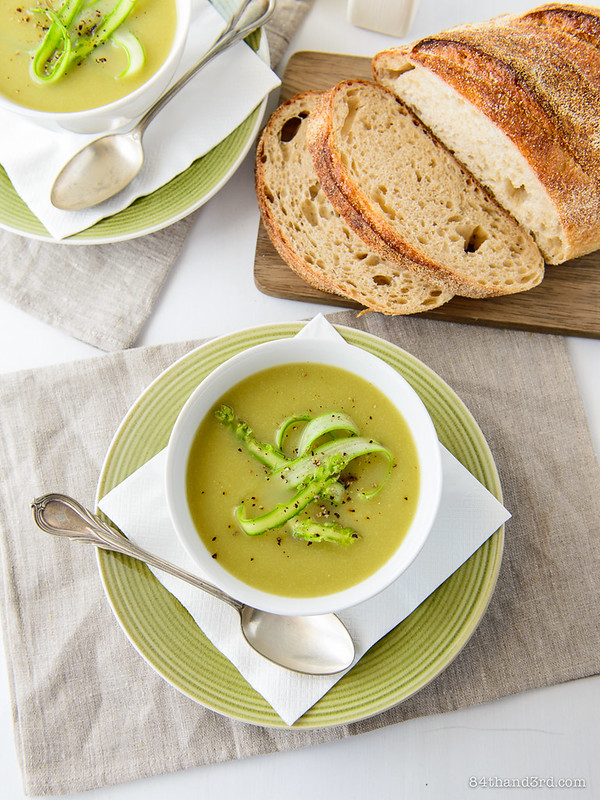 Not only is my brain currently as fried as the eggs I’ve been photographing lately, but each time this little corner of the internets has caught my eye I’ve avoided its accusing glare, brewed a fresh cup of tea and settled in for yet another late night.

We’re on the precipitance of a reasonably last minute holiday — provided I don’t disintegrate into a pile of burnt toast crumbs before we board the plane to NYC — but it’s been far too long since a new recipe has graced these pages and it’s eating at me. 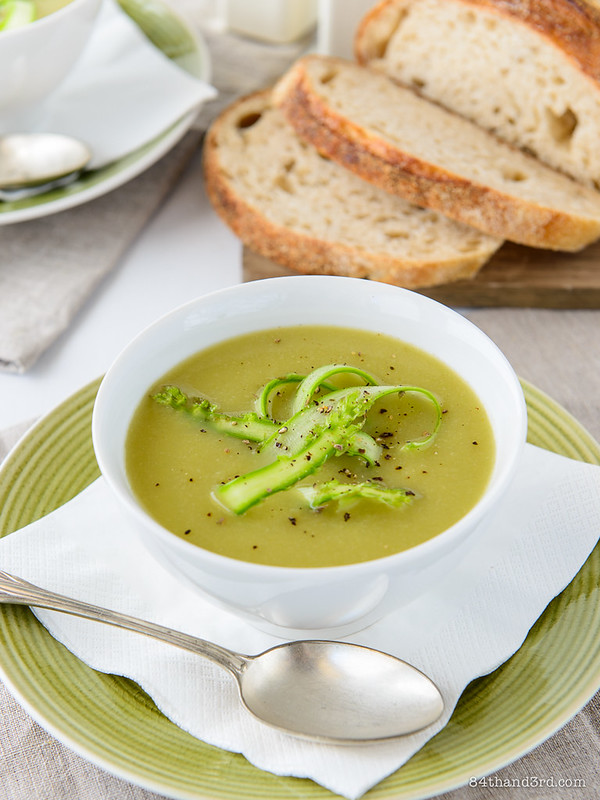 I could simply leave you with cake (and let’s be honest, that would probably be fine) but in the interest of honouring the new-season Aussie asparagus that landed on my doorstep a few days ago I’m pulling something from archives…

You see, pretty much exactly this time last year I ended up with copious amounts of asparagus taking up space in the fridge. I cooked up an absolute storm, took photos of it all, and had grand plans.

Alas only two of the recipes actually made it here — Asparagus & Smoked Salmon Egg Cups and Parmesan Roasted Asparagus — not because the others weren’t any good, quite the opposite as a matter of fact, but because life. 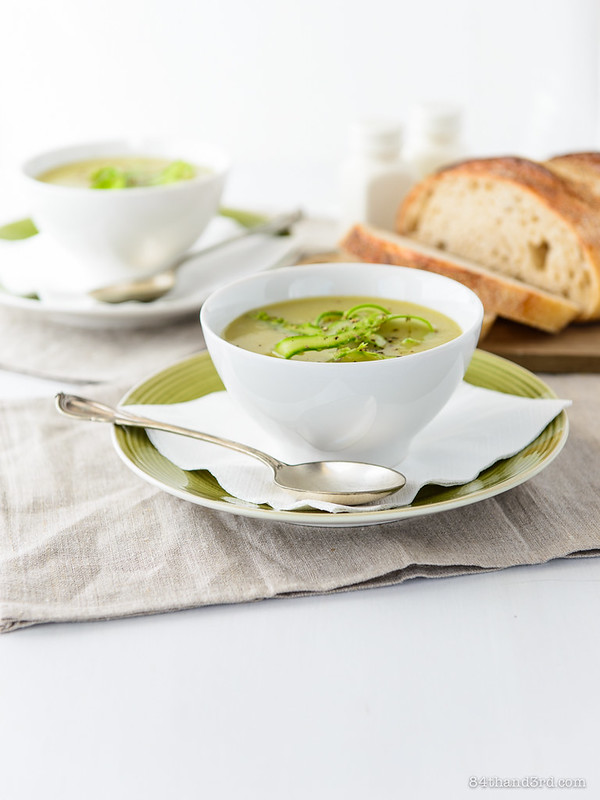 And so it only made sense to start posting those recipes left behind, now that spring is once again upon us. This soup is one of those recipes.

I do wish I had a pithy wrap up to this post but the brain power is rapidly waning and the photo editing is demanding my full attention so I’ll cue the transition music and redirect your attention to the recipe while I slip out the back door. 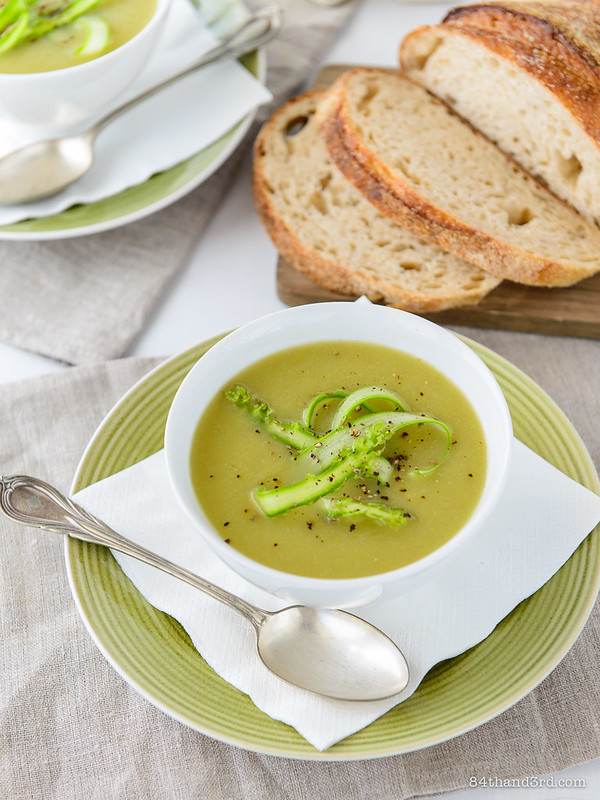 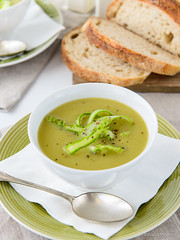 In a large saucepan over medium heat sautee onion in oil for a few minutes until translucent. Add chopped asparagus and cauliflower and cook a further 3 minutes.

Add stock or water and bring to the boil, reduce heat and simmer 20-30 minutes until cauliflower is very tender.

Puree until smooth and silky, season with salt and pepper and serve garnished with shaved raw asparagus and fresh pepper.