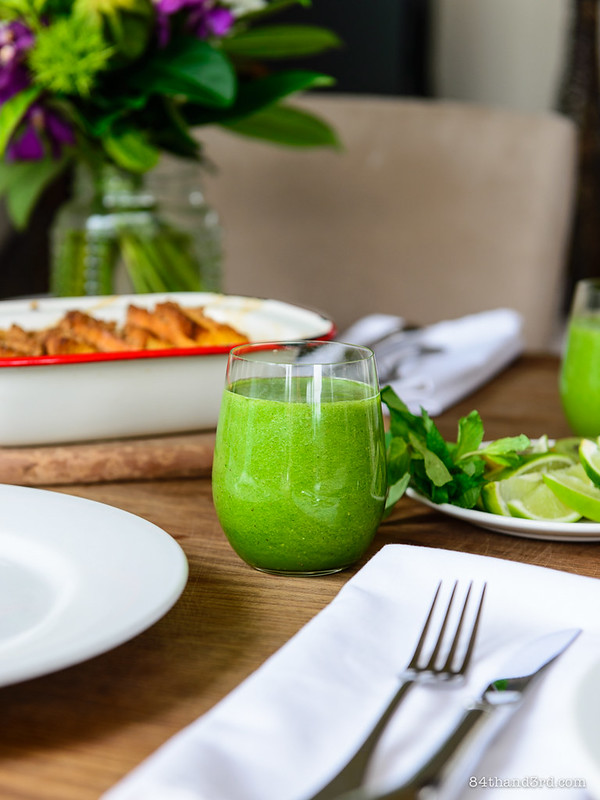 When a chef, one who runs a holiday property in the country none the less, emails to ask if you want to come down to Tasmania to teach a two-day food photography and styling workshop, the only possible answer is yes. 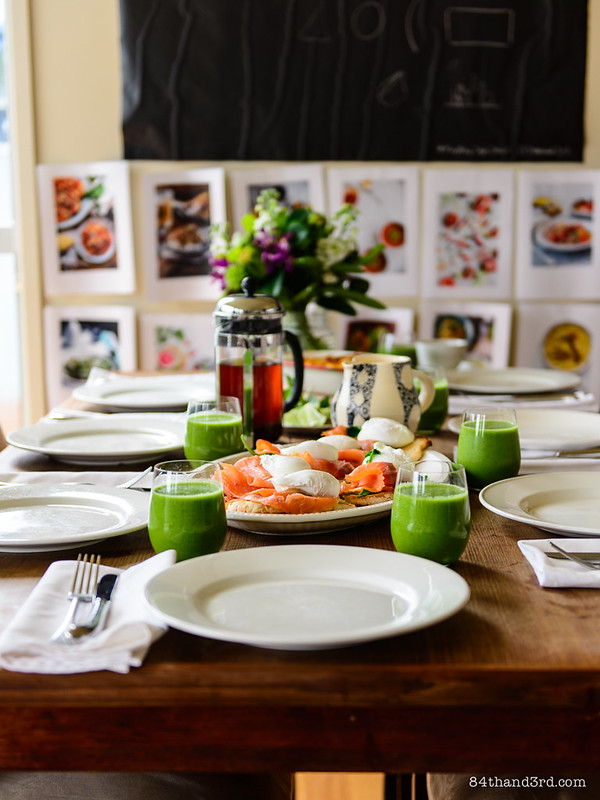 When she mentions that she’ll do all the cooking, talks about stringing fairy lights through the trees for dinner and sends you photos of a possible picnic location at the end of a pier you know it’s meant to be. 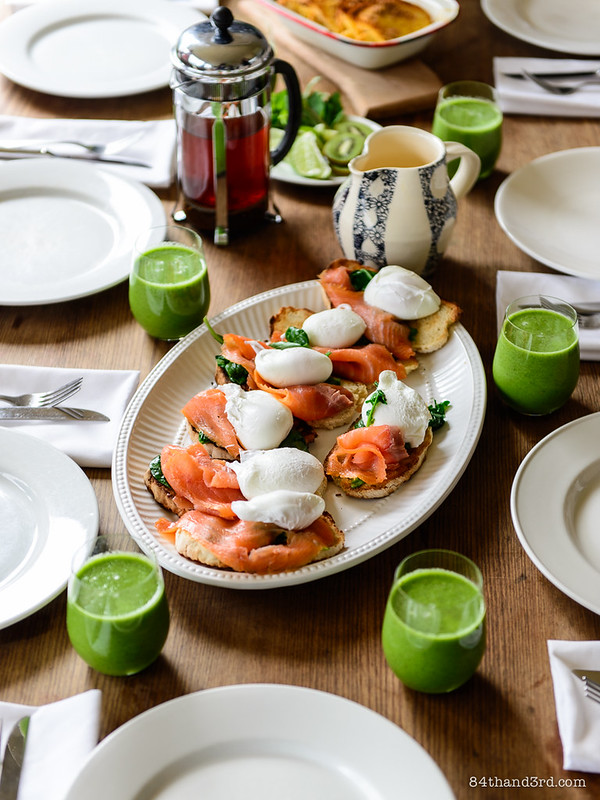 And so it was that I found myself, a mere month after that email, flying down to the Apple Isle with a checked bag containing more props than clothes in tow — because that’s totally how I roll. 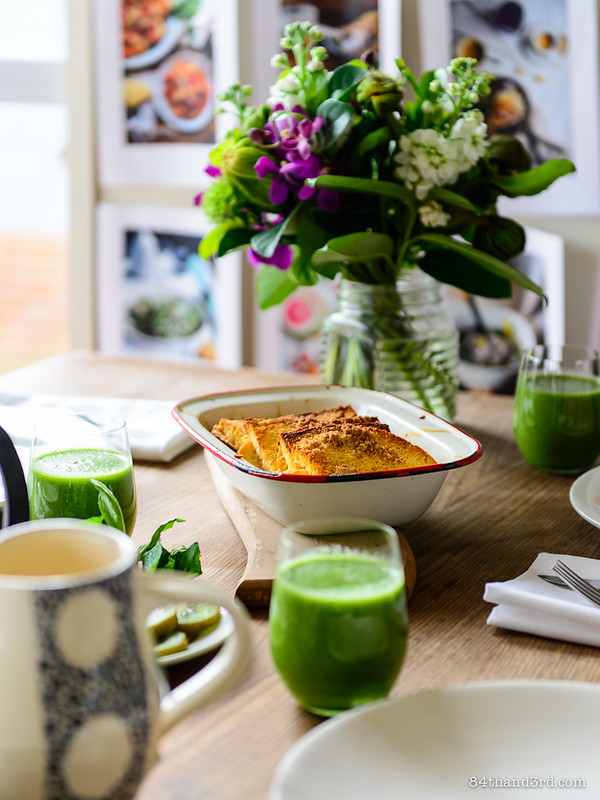 The weekend workshop was an exciting and immersive experience for everyone involved. It was filled with a gorgeous group of women, incredible food, bundles of inspiration and more laugh-until-your-stomach-hurts instances than we could count. 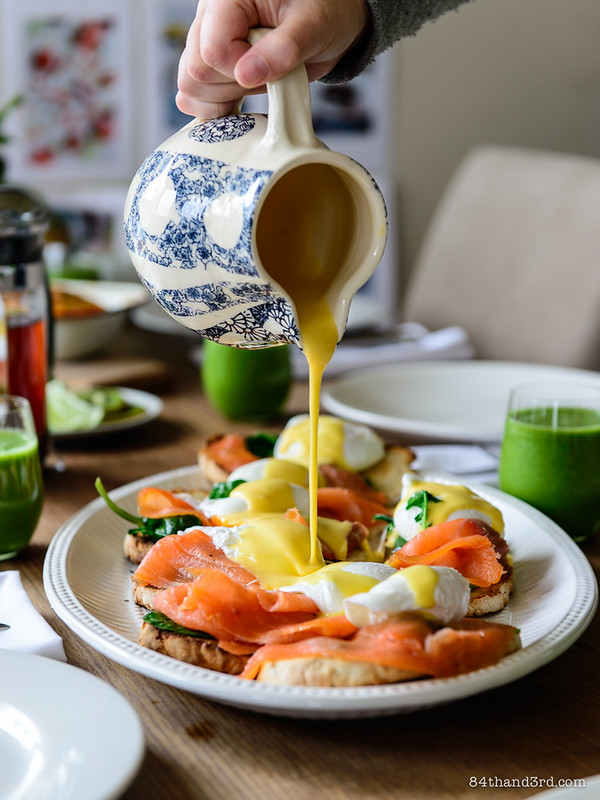 Ellie, the aforementioned hostess, is a spectacular chef and each meal she produced was more impressive than the last.

The food was hyper-local (octopus caught by Ellie’s husband, oysters from five-minutes down the road, eggs from the backyard chickens, ginger beer and award winning wine from nearby family-run breweries and wineries) and each bite was a feast for the eyes as well as the taste-buds. 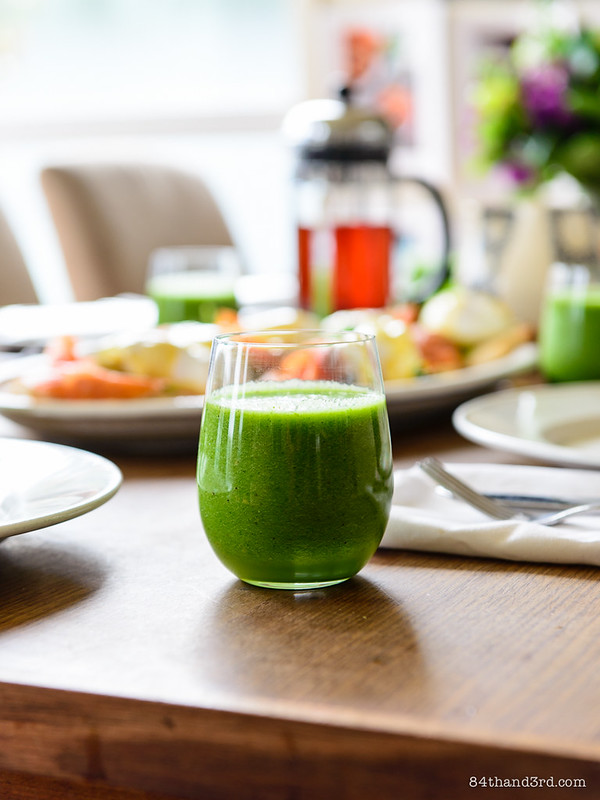 Now you can be sure that I’ll be sharing more photos soon, but for the time being I’ll leave you with a few drool-worthy images of breakfast on the second day, and a recipe for the only thing I made the whole time — a Pineapple & Kiwi Green Smoothie. 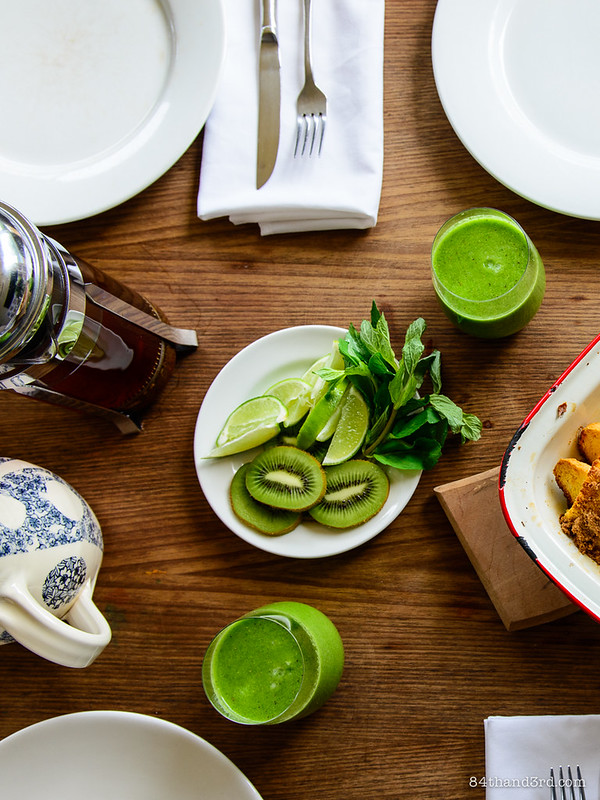 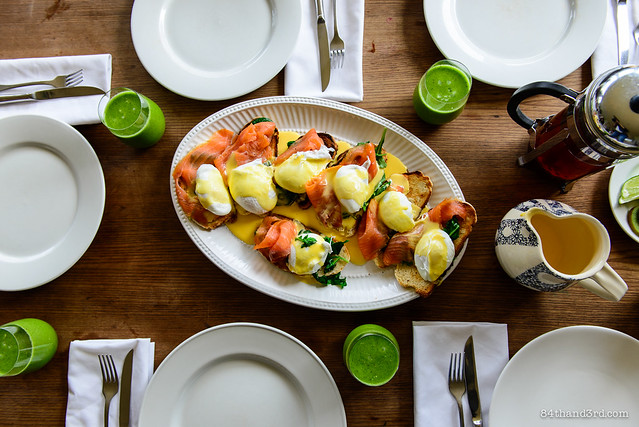 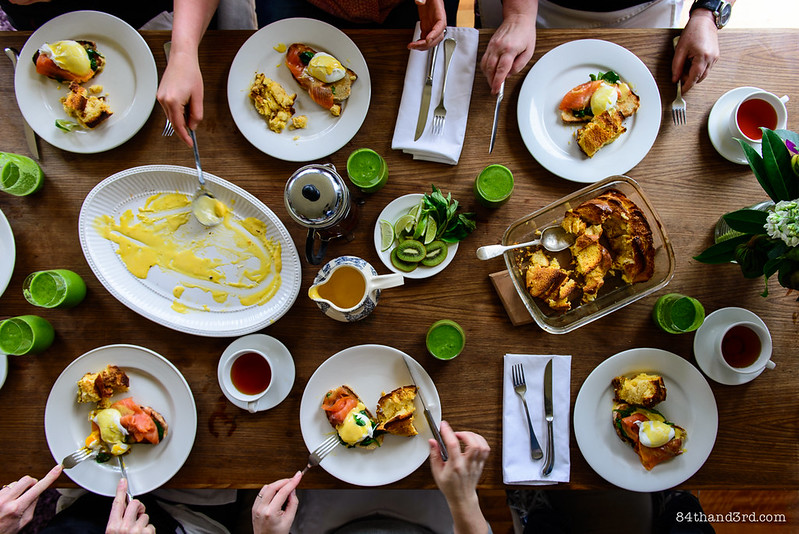 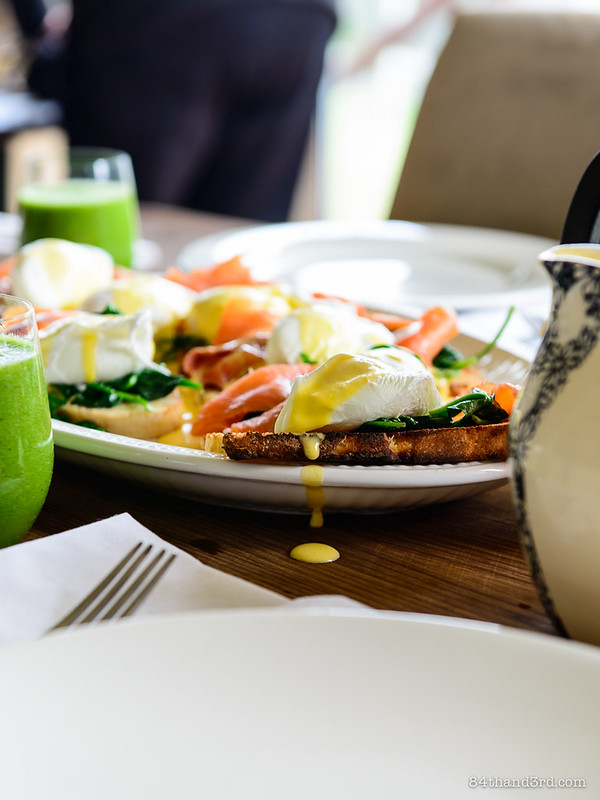 Two extra gold stars go to attendee Arwen for bringing Ellie flowers and not minding that I immediately hijacked them for the table, then whipping up the most gorgeous Hollandaise to top Ellie’s perfectly poached eggs and fresh bread. 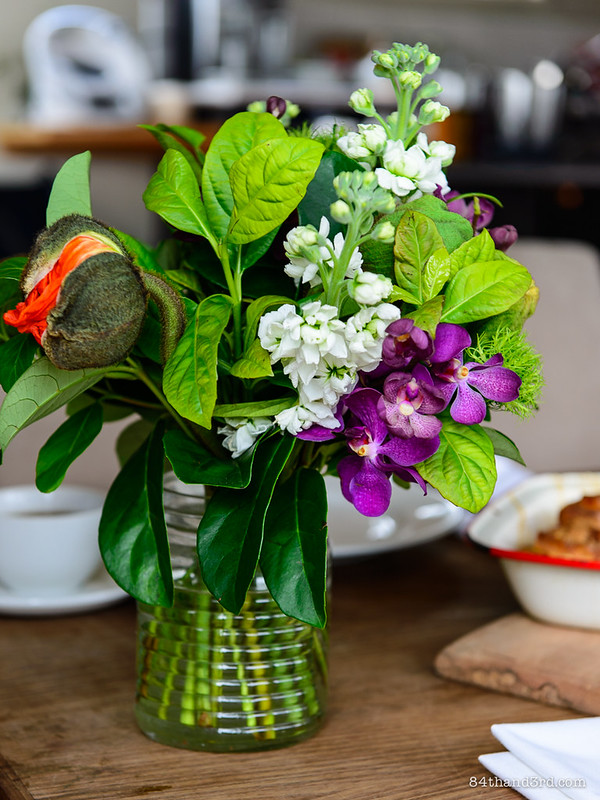 Oh, and that fairy-light lit dinner and pier picnic I mentioned?

Well, due to inclement weather plans were changed slightly this time around — but as we’re already planning two more workshops for November and March you can bet those settings will definitely come into play!

The upcoming workshops have a limited number of space available so grab your spot here for November and here for March. While you’re at it, don’t forget to sign up here for the Prep.Prop.Style.Shoot email list and be the first to know when new dates and tickets are released! 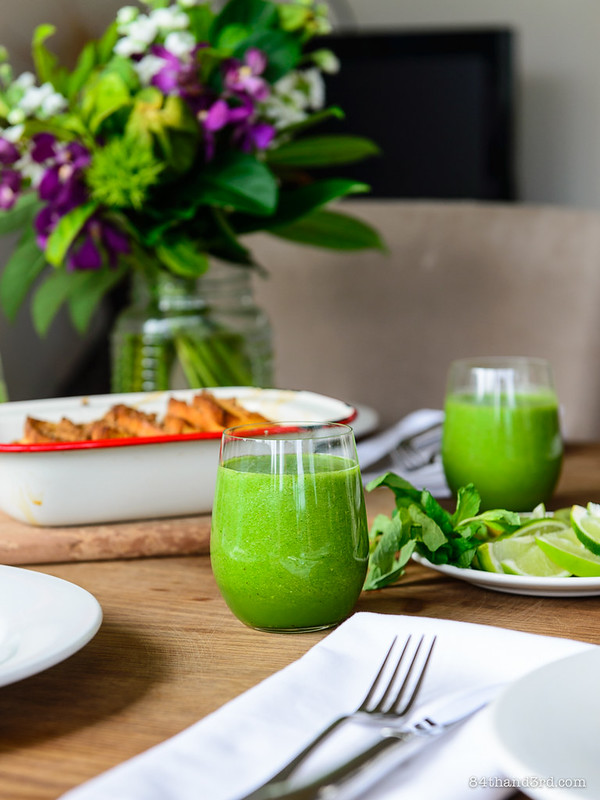 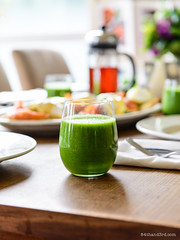 Refreshing and bright (in taste and colour thank you very much) this green juice combo packs a sweet-tart punch at any time of day.

Add ice if you wish — to the blender or glass. Serve with lime wedges and extra mint. 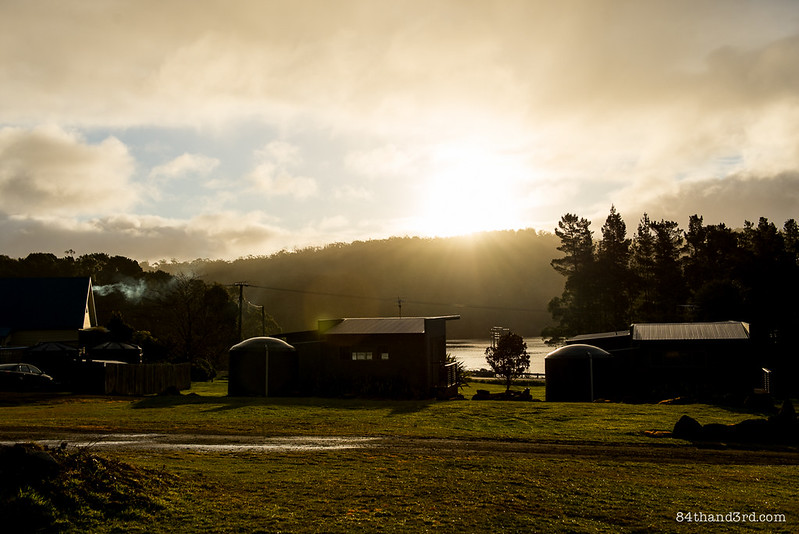