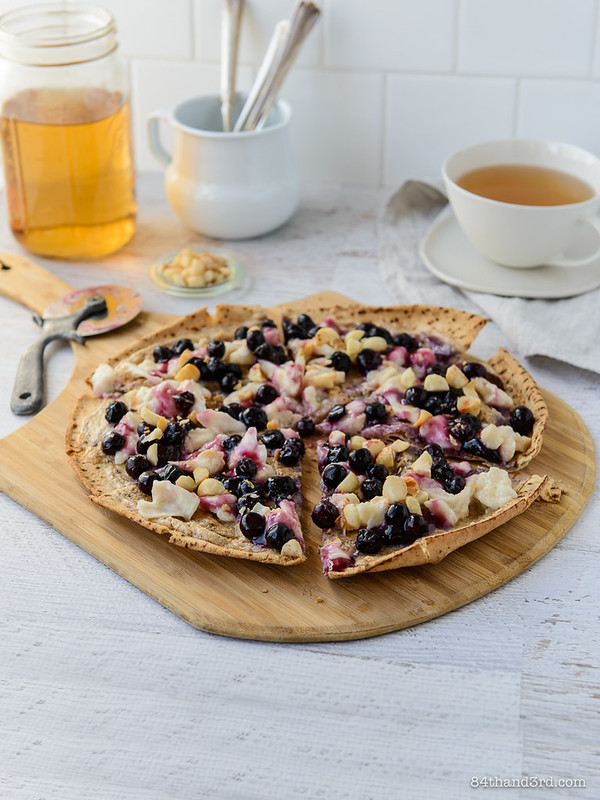 My mother has taught me many things over the years but one that’s been sticking in my head lately is the art of creative improvisation.

It started back when I was much younger and a bout of overzealous colouring resulted in going outside the lines… then subsequently freaking the eff out because the picture was RUINED. 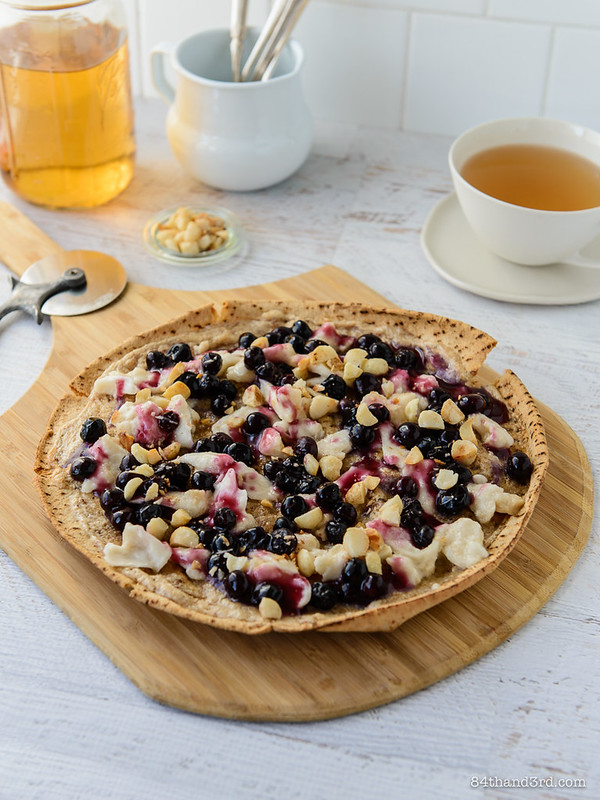 Mom calmly explained that we could simply make a new line and all would be ok. I wasn’t convinced at the time but the concept did eventually sink in.

Not surprisingly, her cooking style was closer to throw it all in the pan than follow a recipe by the letter, and it almost always turned out fine (it’s just food after all, so long as you taste as you go and don’t add too much salt most things will be a-ok). 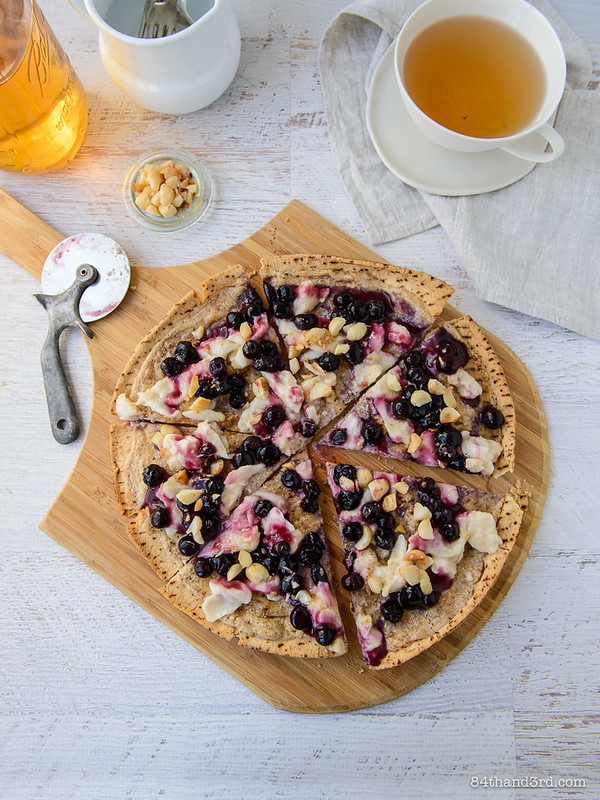 As such my own approach to cooking is much more ‘season to taste and cook until done’ than anything remotely detailed, however that doesn’t translate particularly well for people who search the internet for recipes they can actually follow. Not surprisingly things do end up far more fleshed out here for that reason (most of the time).

So how on earth does any of this relate to pizza? Well the other day I found myself with a perfectly ripe custard apple, remnants from a bag of frozen blueberries, a jar of homemade almond butter, a craving for toast, and no bread. 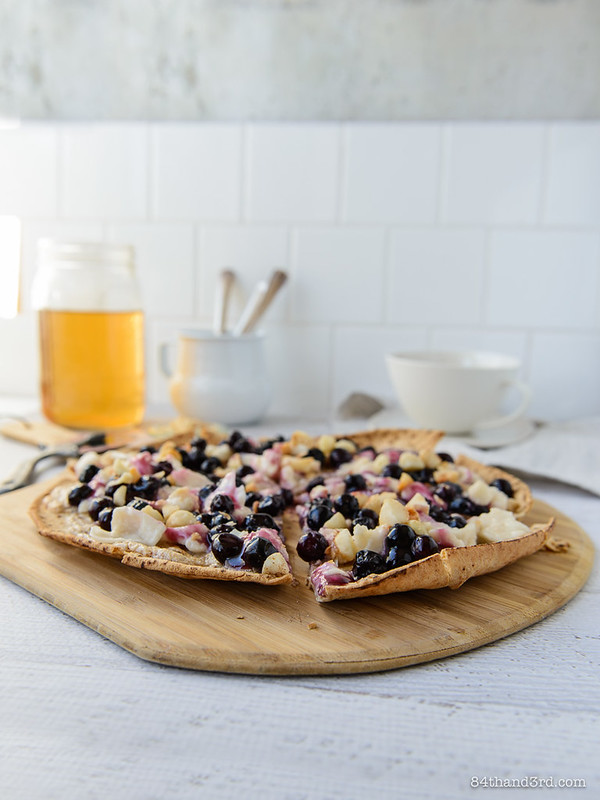 I may have moved on to porridge or a smoothie bowl, had it not been for a bag of wholewheat flatbreads languishing in the fridge from pizza a few evenings earlier. Before I knew it blueberry breakfast pizza was born. Colouring outside the lines? Perhaps. But I prefer to call it making a new line. I have no doubt mom will approve.

Happy Mother’s Day mommy, I still love you more than cookies (and more than pizza too). xoxo 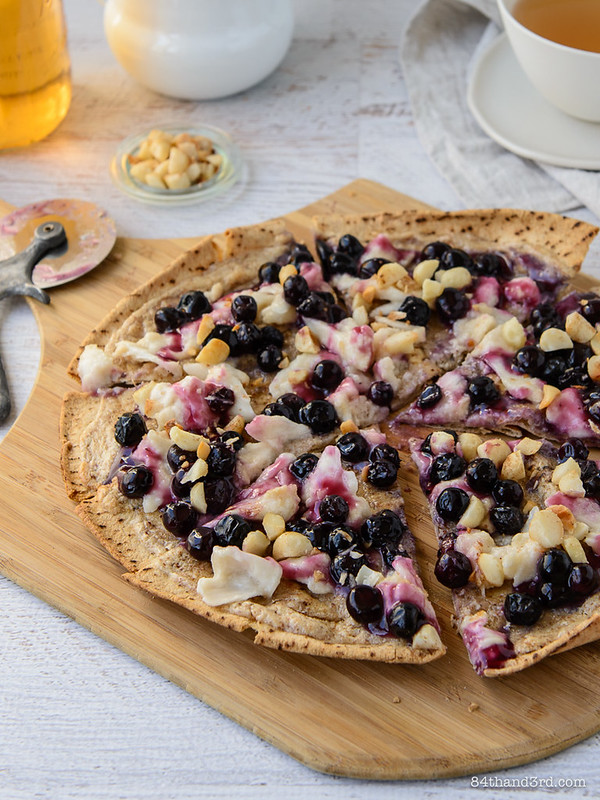 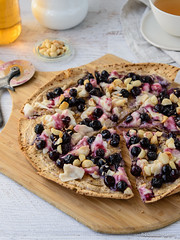 Pizza is really just toast with more surface area and therefore perfectly acceptable for breakfast, especially when covered with nuts and fruit. You may call it colouring outside the lines, I call it making a new line — tomato, tomahto.

Stir coconut milk into almond butter, mixing until smooth and roughly the consistency of tomato passata — adding a bit of water if necessary. Place flatbread on a pizza pan and spread with almond-coconut sauce. Bake base and macadamia nuts 6 – 8 minutes until base is crisp and nuts are toasted.

Meanwhile, bring berries and water to a simmer. Dissolve cornflour in a teaspoon or two of extra cold water and drizzle into simmering berries while whisking gently. Mixture will thicken immediately but continue to cook, and whisk, for 3 – 4 minutes.

Spoon custard apple over baked pizza base. Dollop with berries and berry syrup, scatter over toasted macadamia nuts and dust with cinnamon. Drizzle with maple syrup if you wish — although custard apple is quite sweet so I didn’t bother with syrup. Slice pizza to serve.