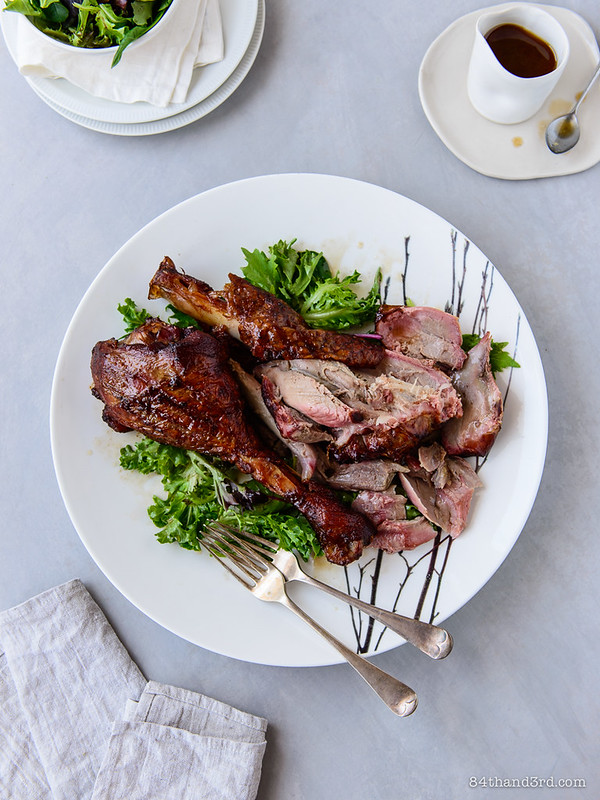 I know, I know, I don’t post anything for weeks then here I am, BAM, with two posts in one day.

However as it happened, I had this one all ready to go when I decided that I simply must do a post on brining — including ratios if your turkey isn’t the size of a small child — before sharing the recipe for the turkey that was brined. Of course, as all things do these days, it took a bit longer than planned.

And so we return to our regularly scheduled programming, joining the story a few short weeks ago (well maybe a bit over a month or so ago now)…

RJ: *offhandedly* Hey, we should do Thanksgiving this year.
JJ: Um, YES, definitely.
JJ: Oh I could make smoked turkey legs!
JJ: And, where on earth do you suggest we hold this feast?
RJ: *insert wide-eye what have I gotten myself into emoji* 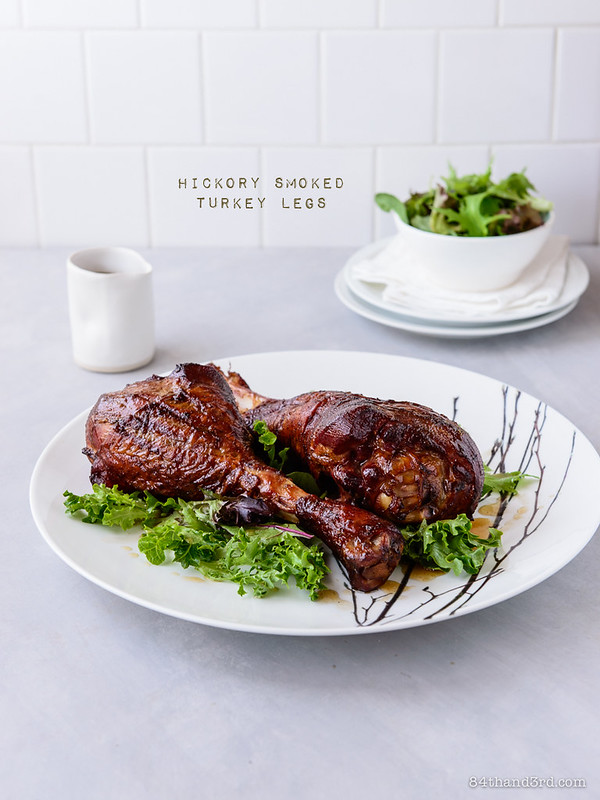 You see the holidays are a tough time for me to be so far away from family and it’s been roughly 10 years since we’ve hosted an Aussie Thanksgiving.

However our apartment can, at its put-all-of-the-things-away best, hold roughly four other people, maybe six. And if I was going to cook a Thanksgiving feast at least 10 guests were required, if not more.

Fast forward a few days to find me messaging a friend who would have been on the invite list anyway but also who, quite conveniently, recently moved into a new inner-city house. 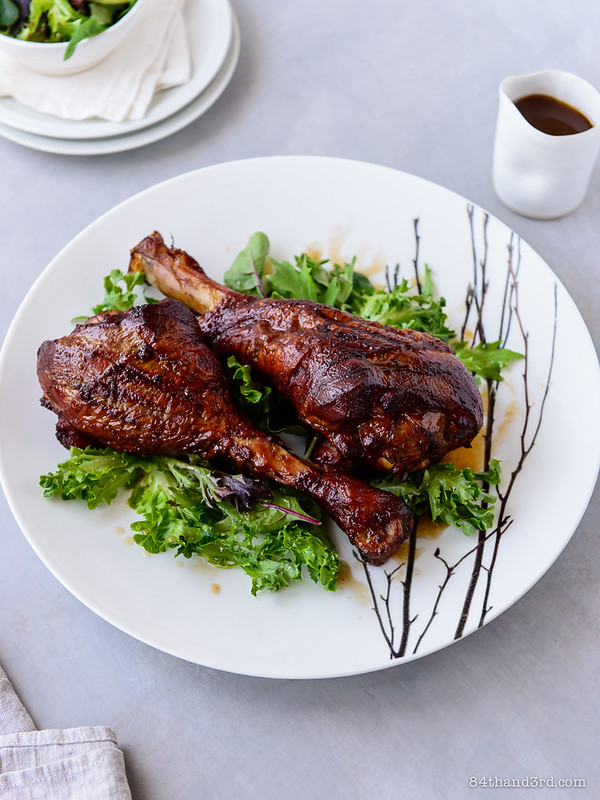 I asked if she wanted to host, possibly dropping a mention of those smoked turkey legs into the communication. Luckily the temptation of a fully delivered feast was too strong to turn down.

It was game-on and before I knew it, in a totally uncharacteristic move and to the utter delight of RJ, I decided to test the turkey legs in advance.

Then somewhere in the midst of menu planning our friendly hosts ended up with a free turkey thanks to the purchase of a new fridge and offered to donate it to the cause. 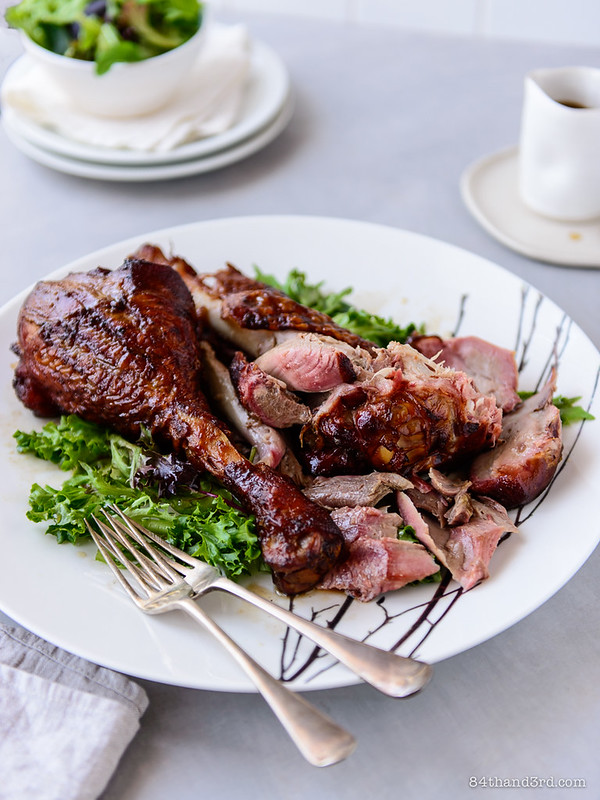 And so it was that I found myself first cooking two gigantic turkey legs one Wednesday afternoon, followed by a 3.5kg (7.5lb) turkey and another 3.5kg of turkey legs a few days later. We won’t even talk about all the other fixings here — but there is a full menu below if you’re interested!

With a cozy 12 people on the guest list I was convinced there would be far too much food — and for a wee-moment was almost embarrassed to show up with so much… but leftovers are half the fun of Thanksgiving and I’d rather over-cater than under-cater any day. 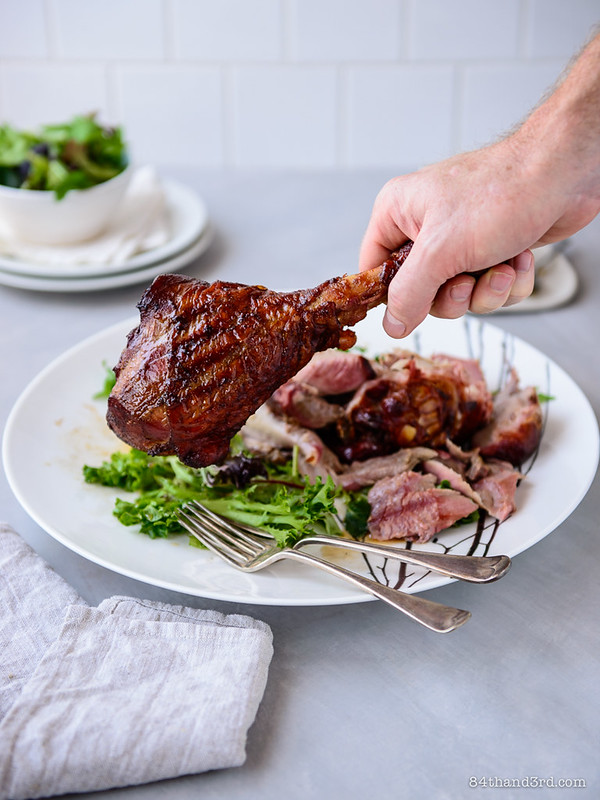 The final meal was perfect — including a mix of family traditions, Aussie-inspired dishes and, most importantly for this story, Smoked Turkey Legs.

In theory the rest of the dishes will one day be remade and shot to share here but it may well take a while (shocker), so in the meantime I’ll leave you with the menu and an overflowing plate of all the things. If you really want to see the full spread there’s a shocking photo down at the bottom — because sometimes good food and friends are more important than good light. 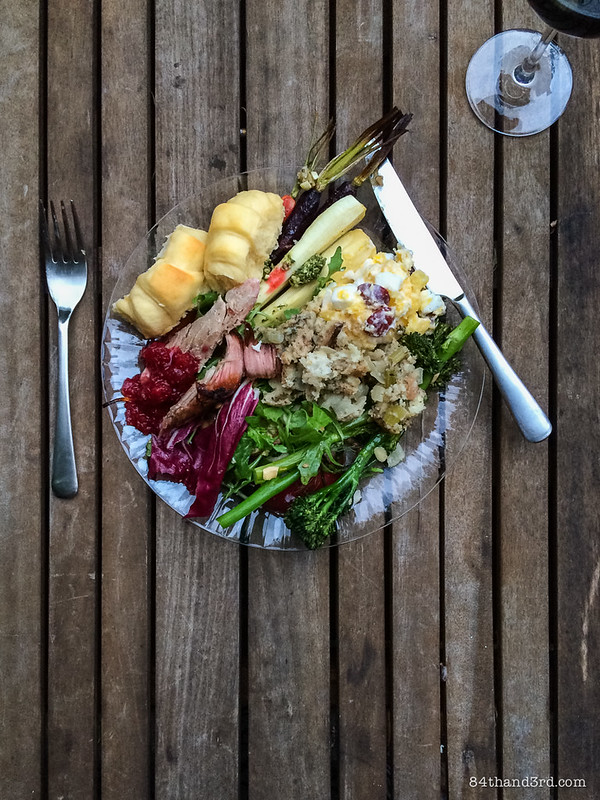 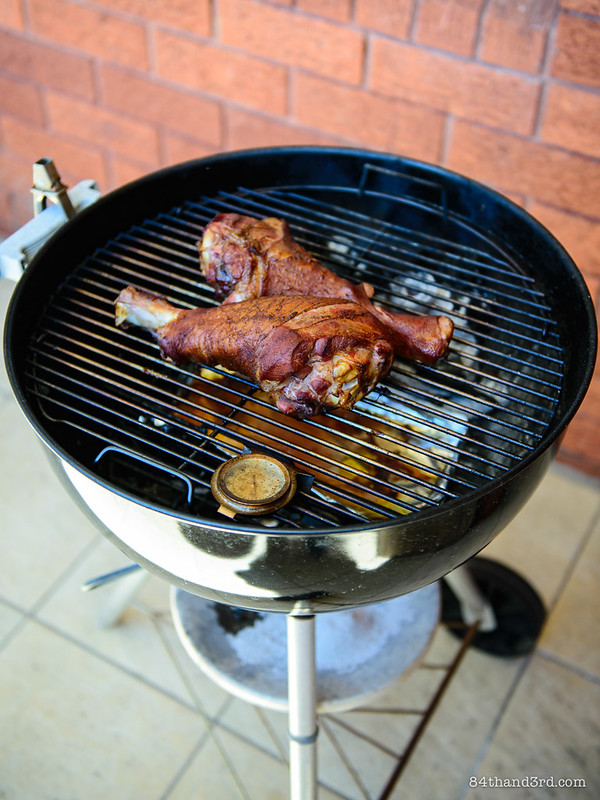 For the impact they’ll have on your guests the hands-on time put into these turkey drumsticks is negligible. It is, however, important to start this the day before as brining is the key to infusing flavour and moisture. A few handfuls of hickory chips and a bbq drum of indirect heat create in irresistible smoke ring (the pink bits in the pictures aren’t un-cooked turkey, they’re smoke) that will inspire third and fourth servings — and create a complete disregard for cutlery in favour of picking remains directly off a cutting board.

Add coriander seeds, black peppercorns and juniper berries to a large stock pot. Dry toast spices over medium heat for a minute or two until fragrant. Add a quarter of the water (2 cups), the bay leaves, garlic, salt and sugar and bring to the boil. Simmer 2 minutes then remove from heat. Stir in remaining iced water to cool the brine.

Arrange turkey legs in a wide dish, deep enough for the liquid to cover the meat — I used a cake carrier top, yes really. Pour over cooled brine, cover and refrigerate for 18 hours, turning legs once roughly half way through.

Light coals on one side of your bbq, place a foil container or a double thickness of foil creased on the edges under the rack where you’ll cook your turkey, to the side of the coals. Close lid, keeping the holes open on the top and bottom for full airflow, and leave to pre-heat to 120°C (250°F) — about 30 minutes.

While the bbq smoulders drain brine from turkey and discard. Rinse legs — this is quite important to remove salt from the outside, don’t worry though, plenty has absorbed in — and pat dry with paper towel.

Rub legs with the olive oil and paprika and set aside while bbq preheats to allow meat to come to room temp. Drop a handful or two of hickory chips into a dish of water to soak.

Place turkey legs directly on bbq rack, away from coals and over foil container to catch juices, replace lid and cook 30 mins. Check temp, adjust airflow to keep it stable at 120°C (250°F). Throw a half-handful of wood chips on the grate over the coals, making sure a few fall in.

Cover immediately and leave it to do its thing. After 1 ½ hours has passed turn legs to move the one closer to the coals further away and vice-versa, add some more coals and another half-handful of wood chips, cover and let cook for a further 1 hour.

Pierce the thickest part of a leg with a meat thermometer, if it measures 75°C (165°F) the legs are done, if not check every 15 mins or so until at temp. When done the meat will be nearly falling from the bone, It can take up to 3 ½ or even 4 hours total but it’s best to check from just under 3 hours as to not overcook.

Remove legs from bbq, cover loosely with foil and rest 15 mins before serving, Remove foil pan with drippings, strain well, brush a bit over the legs and use the rest for the base of a gravy. 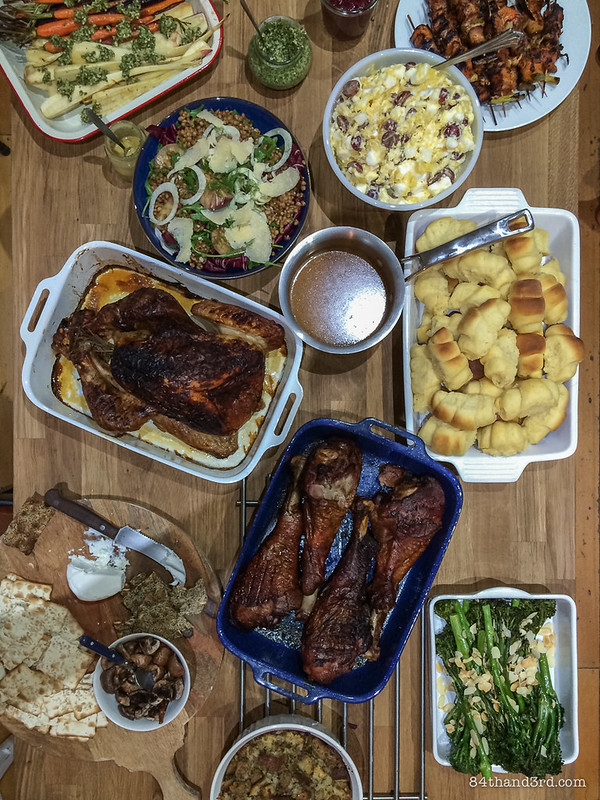