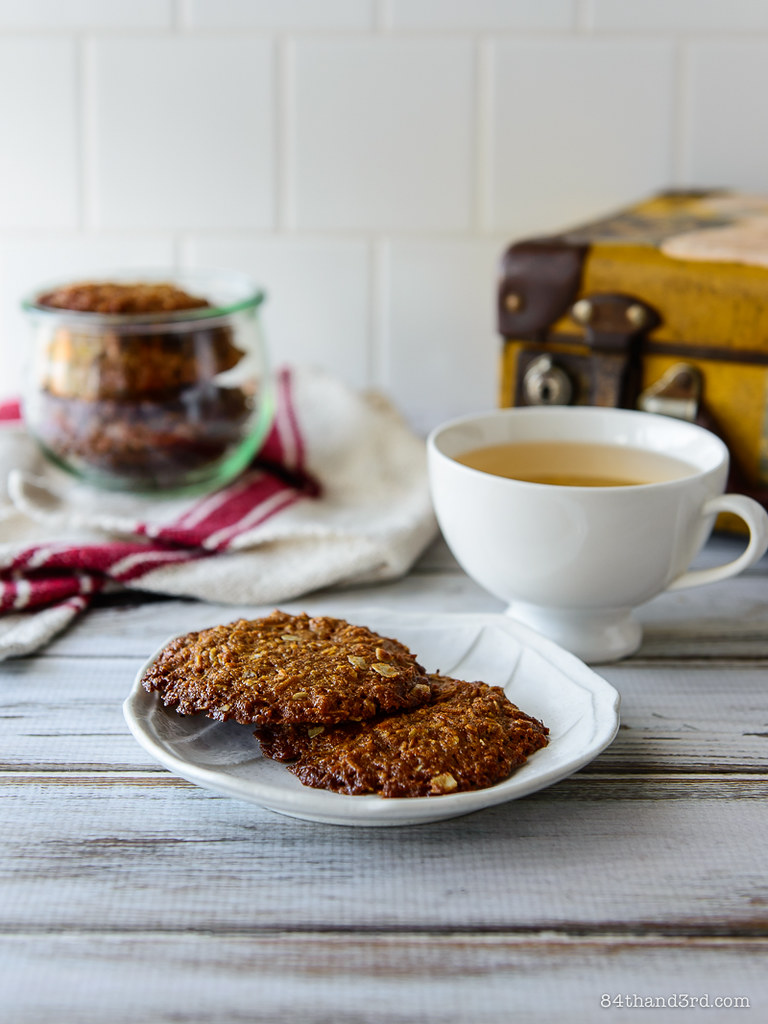 Yes, a recipe for Anzac Biscuits, over a week after Anzac Day has come and gone.

A recipe that while perfectly edible (and highly enjoyable if I do say so myself) isn’t quite right, quite yet — but I’m posting it anyway because:

More about the site shortly, but first the biscuits. You may want to grab a cuppa for this, I’ll wait. 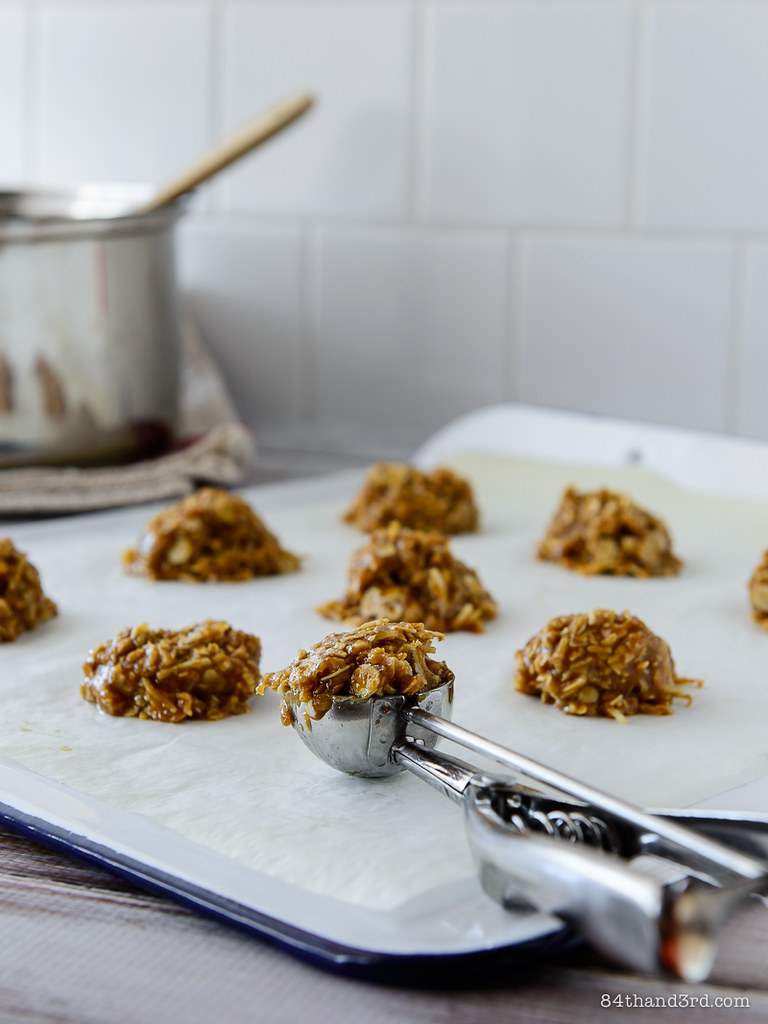 Back in March, and even throughout most of April, Anzac Day was very comfortably positioned weeks away.

Then somehow, as with pretty much every other holiday for the past 12 (24?) months or so, it continued to seem as if it was weeks away, right up until it was only a few hours away. It was the night before the day when I finally accepted it was too late to make and post a recipe.

Of course deciding there’s no point to making something is a great way to ensure you wake up with an undeniable urge for that very thing.

And so it was that I found myself on Anzac morning pulling out jars of ingredients and measuring implements and making cookies in honour of those who have fought for our freedom. 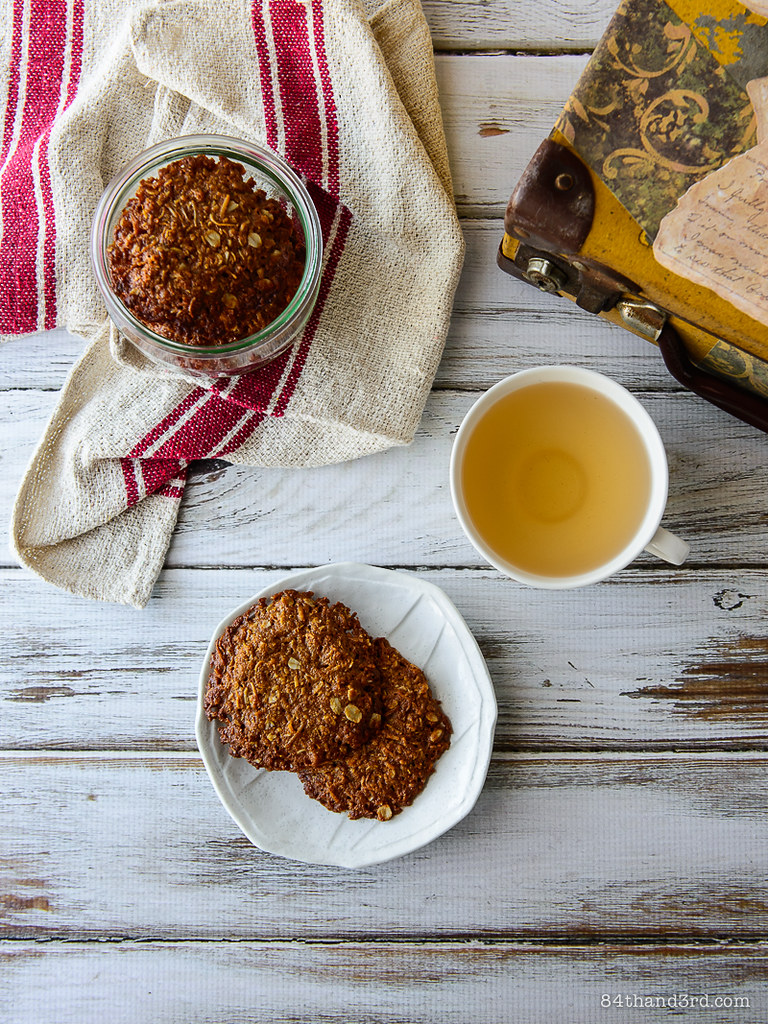 The first batch was pretty spot on when it came out of the oven, until I realised that I forgot to add coconut. Damn.

But the recipe is so quick that I made it again. Adding the missing coconut, but in the process making another couple changes (that seemed like a good idea at the time) which resulted in cookies that spread too much for my liking. Sigh.

Of course by this point there were nearly 50 cookies spread over various cooling racks across the kitchen bench and I decided it was time to cut my losses.

In this instance cutting losses translated as eating roughly four of said cookies (or was it six…) for breakfast, then waking RJ to head to the pub and meet up with mates for bowls and 2-Up in the autumn sun before the clouds rolled in and the hail pelted down. 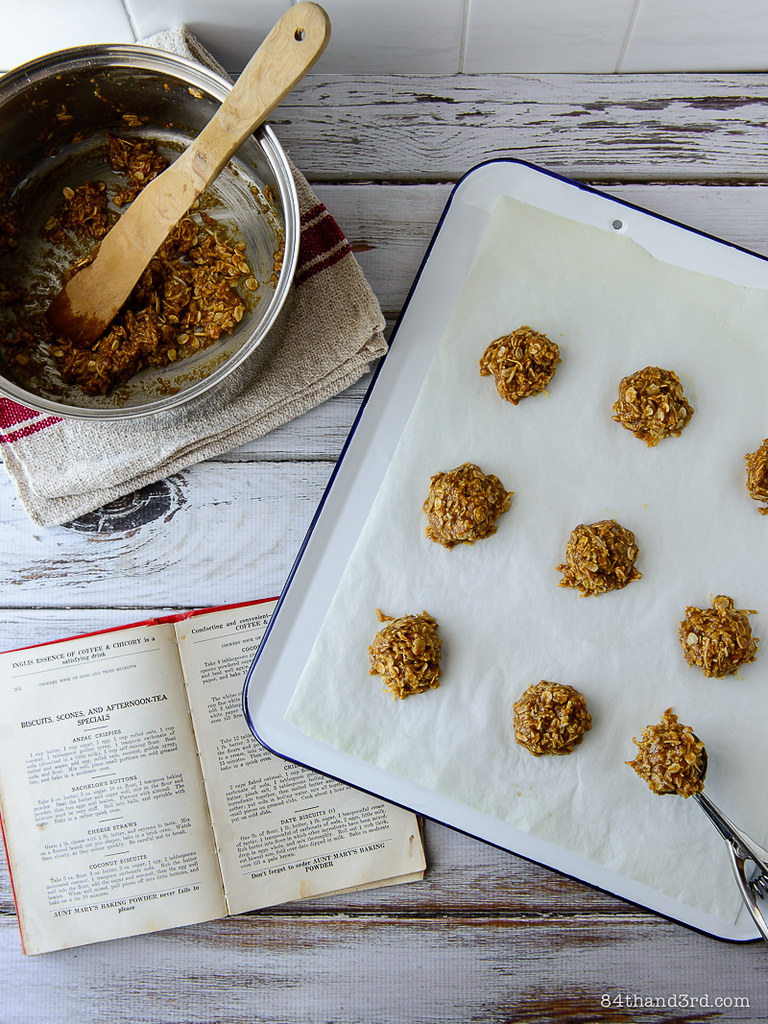 Now I said earlier that these cookies were representative of the current state of this here site, at this here moment — and if you’ve been here before you may notice that things look a little bit different. There’s been some changes happening behind the scenes and, while it’s all perfectly edible, it’s not quite right, quite yet.

You see, I’ve been saying for years that I needed to re-build the site (as much for my own sanity / penchant for furniture re-organisation / unfulfilled need for knocking out walls as anything else), but for years I’ve been putting it off in lieu of projects for other people.

Then all of a sudden Google, in all its infinite power, decided it was going to stop listing non-mobile responsive sites in search on mobile devices and gave everyone about two weeks to sort it all out. Damn. 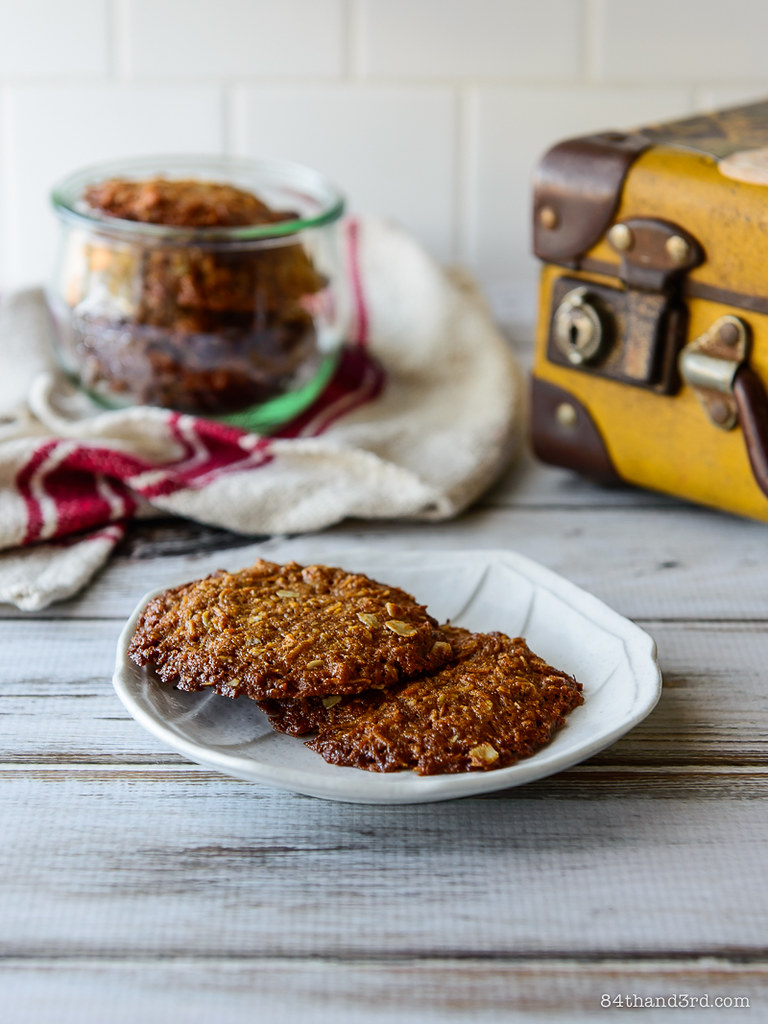 And so it was that I decided, at about 3pm one rainy afternoon a week or so ago, to slap up a maintenance page and go hell for leather for about 10 hours. At the end of it I had a functional, responsive site — even if it wasn’t the perfectly polished one I envisioned.

The polish is happening slowly, fixing plugins that were conflicting, loading in featured images that weren’t loaded for years due to aforementioned plugin conflicts, cleaning up tags and categories, adjusting sizes and colours and functionality as I go.

The moral of the story is please bear with me while it all comes together! And if you find anything really odd, or are looking for something you can’t find, or would like to see a feature or function added, feel free to drop me a note.

When it’s all done perhaps I’ll celebrate by making these cookies again — and by then I may even get that right too. 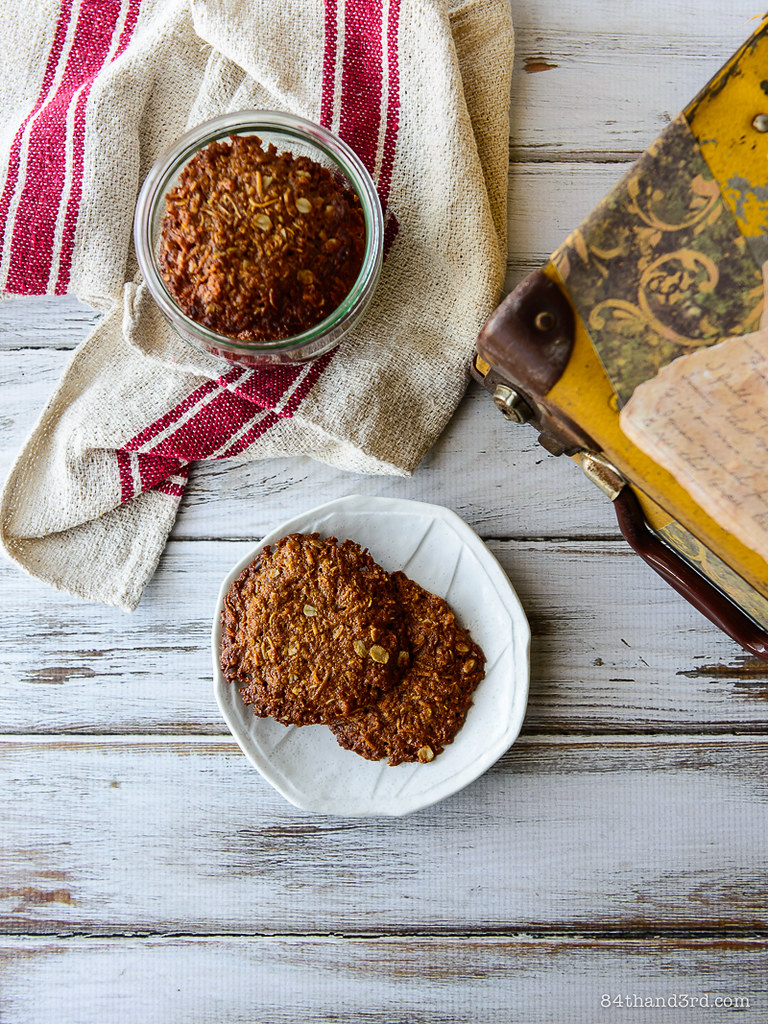 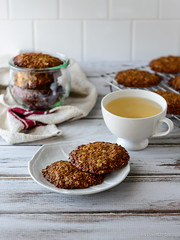 Anzac Biscuits were first made by Australian wives and mothers for soldiers fighting in WW1. The biscuits had to be nutritionally dense by 1914 standards, able to survive the over 2-month sea voyage to reach troops in Europe and made without eggs which were very scarce at the time. The biscuits were such a success that the recipe has endured for over 100 years and baking a batch represents for many a way to honour those service men and women who fought to protect their country.

This version is reasonably true to the original — although there are few ingredients substitutions, and a slightly shorter baking time because I prefer a chewy cookie to one with a snap.

In a large saucepan over medium heat stir coconut oil, sugar, salt and syrup until melted and warm. Combine hot water and baking soda in a small dish, immediately add to saucepan and stir well — mixture will bubble and foam.

Remove pan from heat, tip in coconut, flour and oats and stir until well combined.

Drop spoonfuls of mixture onto prepared trays (the cookies spread quite a bit so leave a few inches between each one) and bake 10 mins until just golden on the edges. Cool on tray 5 mins then move to a rack to cool completely. Store in a sealed bag.