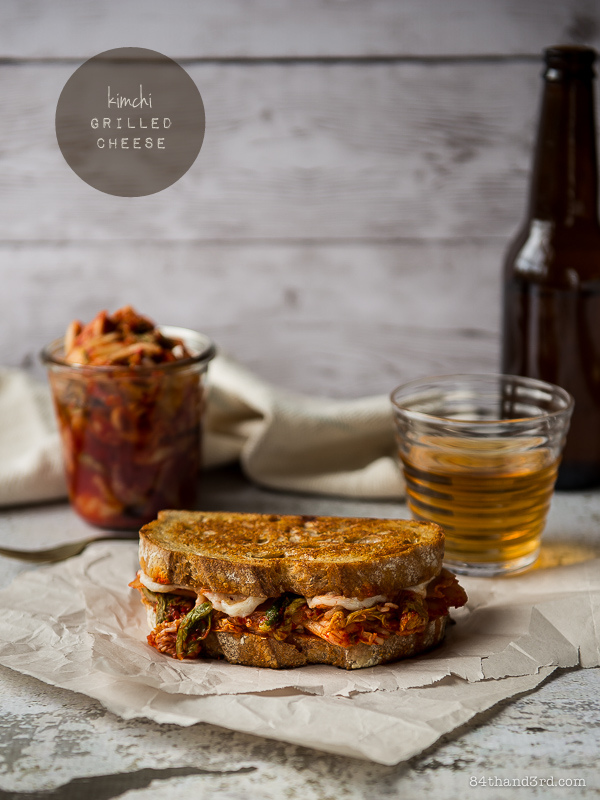 The first attempt came out of the blue as I was buzzed by a particularly aggressive black and white bird while walking down a path at a local reserve. I took my hair clip out thinking that may have been its target — but the angry bugger wasn’t having it and circled around for another pass.

With a feeling the attempts on my life weren’t going to stop any time soon I turned to see where the hired-gun had landed and made eye contact — I now know what a magpie death-stare looks like — but the moment I continued to walk it came at the back of my head again. 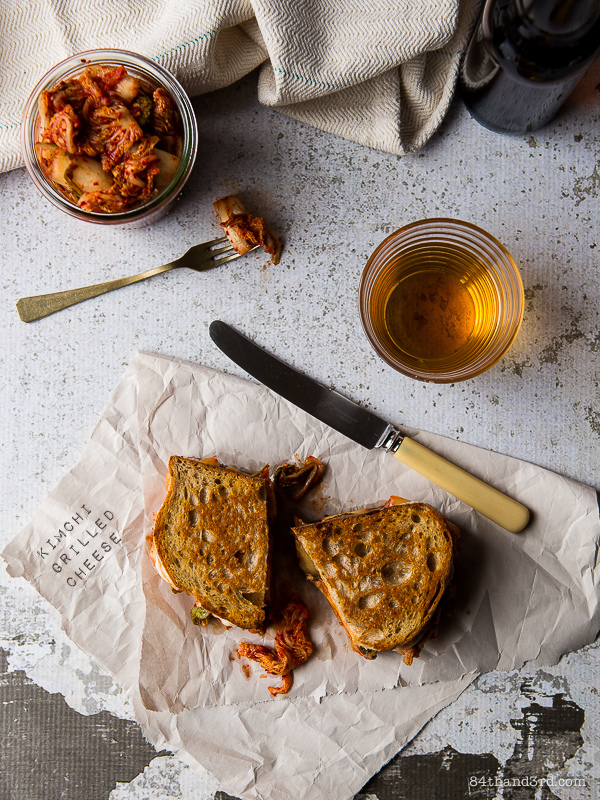 Waving my hands in the air not only made me look like a lunatic but was about as effective a deterrent as that aforementioned eye contact… it was time to call in the reinforcements.

Between attack attempts I managed to snap a branch from a nearby tree, comforted at least by the fact that it would put something between my waving hand and the angry bird — and while a swatch of native plant flailing around did not stop the magpie from one last fly-by, the contact it made with its wing (yes, that is how close it was to my head) certainly let it know I meant business.

The nasty thing retreated to a tree and finally let me go on my way, never once telling me why on a well-trod path I was singled out for an attack. RJ, who was running the same path at the time — with nary a single bird-spotting much less an attack — tried not to laugh at me as I recounted the story, branch still firmly clutched in my hand. 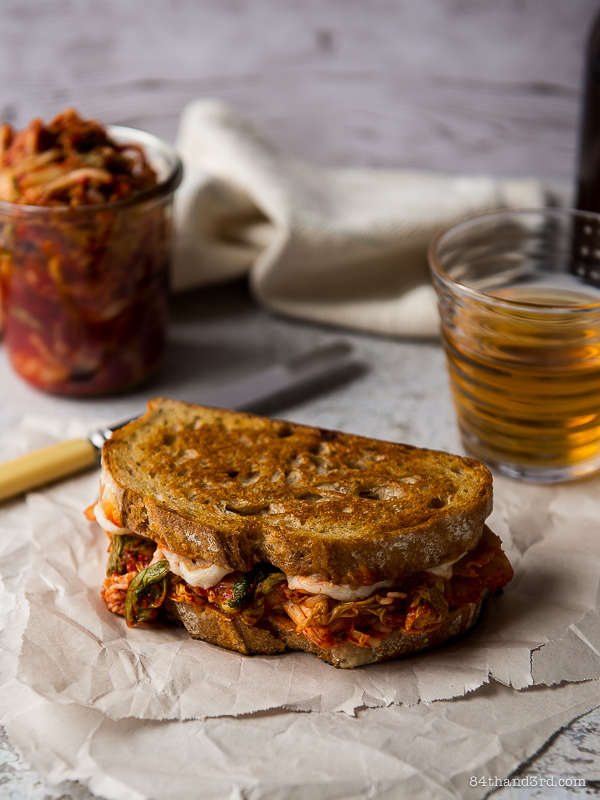 One attack during breeding season, “so what,” I can hear you saying, and I would agree if it weren’t for what happened this very morning…

As I washed dishes in the kitchen sink I spotted out of the corner of my eye something heading for the window. Would you know it but a magpie was making a beeline straight for my head. Fortunately said window was closed and while it gave me a pretty good fright I’d wager that it was less than the shock that silly bird received when it bounced off the glass and flew away.

Current score: 2 points JJ, 0 points magpie. And while I’m hoping word is out that I have a wing-sweeping sword and an invisible shield at my defence I’m a touch concerned that a gang of black and white birds will be waiting for me next time I leave the house. 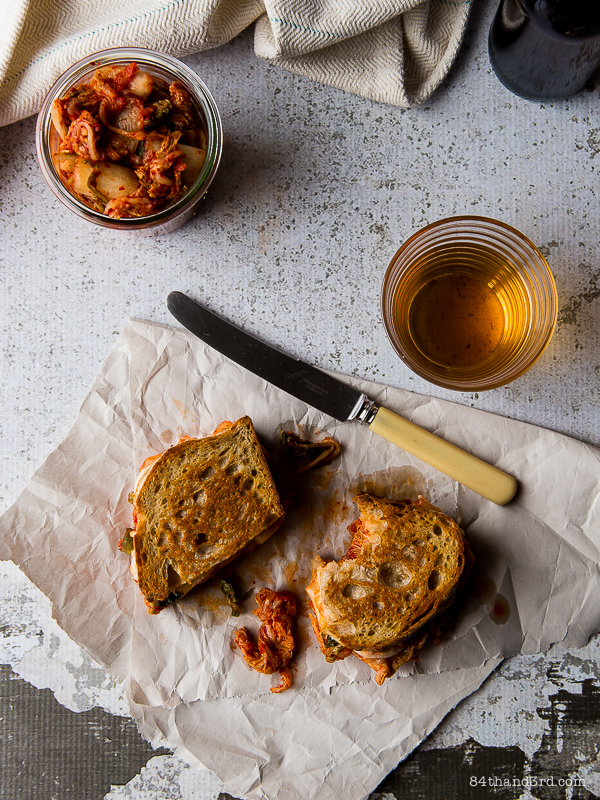 So what does all this have to do with crisp-grilled, cheese-oozy, spice-drippy lunch? Not a darn thing.

What does have to do with lunch however is a history of grilled cheese sandwiches with sauerkraut (they simply fix a craving for which nothing else will do) and a recent encounter with kimchi in the fridge at my local Asian corner store.

A quick examination of the ingredient list revealed little other than cabbage, salt, fish sauce, chilli and garlic so a small tub of it came home with me. After finishing it off in just a few days I returned for more — and before I knew it this sandwich was happening.

You could of course make your own kimchi (the lovely Sneh even has a vegan version) but there is no shame in picking up a tub in an attempt to fast track this creation. Either way life will be tasting very, very good.

Oh, and if you never learn another thing from me ever again remember that there are few things in life as certain as the fact that you cannot hurry a grilled cheese sandwich. 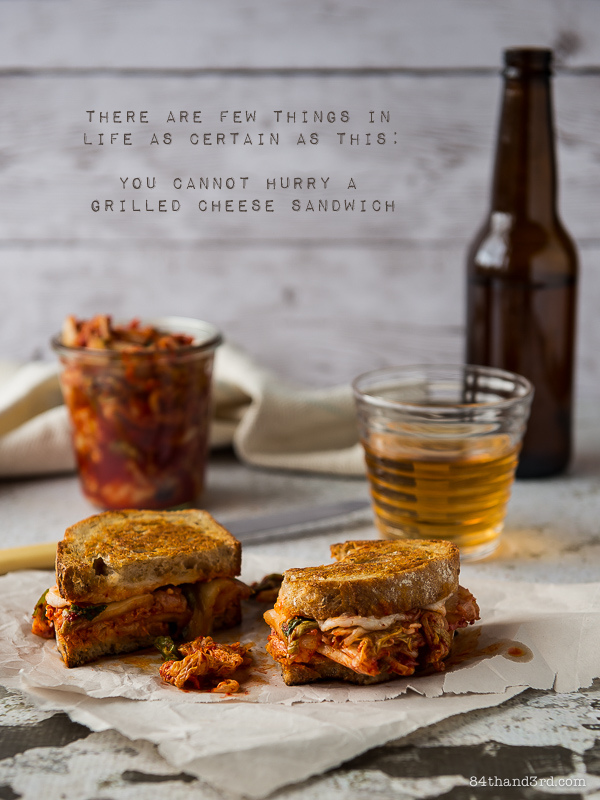 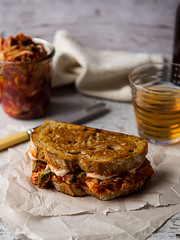 Just trust me on this one, it works. And never rush a grilled cheese sandwich.

Spread one side of each slice of bread with butter/oil.

Place the first slice butter-side down in a pan over medium-low heat and top immediately with sliced cheese, an inappropriately large pile of kimchi, another layer of cheese and the second slice of bread — buttered-side facing the ceiling.

Cook for as long as it takes for the bread to turn golden then flip and do the same again on the other side. Do not turn up the heat lest you end up with burned bread and cold cheese.

Serve with lots of napkins.