I know, I know, Part 1 was a bit of a tease… some travel, a few treats but not too much of the food from the Noosa International Food & Wine Festival – so very unfair of me! Well then, lets get to it with some of the notable dishes from the Food & Wine Kiosks and a few of the Demos.

So much tasting happened on Saturday in The Grand Marquee we didn’t partake in too many of the plates on offer at the Kiosks – and the meaty ones RJ ate escaped my camera lens – but these are the ones worth noting – and possibly reproducing at some point!

A few celebrities were competing for the best dish and this one – a Spiced [Harissa?] Prawn, Pineapple Salsa and Avocado Wrap from Gorgi Coghlan of The Circle – more than got our vote. It was not only the first thing we purchased on Saturday afternoon but it was so good we went back for another! So quick and easy to make at home too… humm in a Quinoa Tortilla perhaps… While RJ was off hunting for pulled pork rolls and other carnivorous treats I happened upon the Senor Paella stand with their three different enormous pans of goodness.

The Mooloolaba Prawn, Free Range Chicken, Mussels and Calamari and the Paella Con Quattro Carno Traditional [that’s four meats for those not as highly educated in fifth grade Spanish as I – ha!] with Chorizo, Chicken, Lamb and Beef were moving fast but I was after the Vegan Paella with Artichoke, Bean and Zucchini. It was rich and fresh at the same time – perfect to slightly counteract the ever increasing quantity of cheese and ice cream we were consuming.

Tony Love of The Adelaide Advertiser put his name to a Banoffee Pavlova with Banana & Cream Meringues and Caramel Sauce. As it was a bit late in the day, the one we got was a touch… chewy… but this version of something traditionally made into a pie was a great idea so I wanted to share it! Sunday morning started with a perfect cold salad of Japanese Mustard & Seaweed Crusted Seared Local Tuna with Green Tea Noodles from Chef Scott Freund of Cato’s. I have no issue eating suff like this for breakfast, especially when it tastes this good. But the pièce de résistance was a decadent creation from Chef Martin Duncan of Freestyle Escape, and what I am claiming as my official slice of birthday cake – a Chocolate Fudge Brownie with Chocolate Ripple Ice Cream, drowned in Chocolate Sauce and topped with a festive Chocolate Garnish. On to the chef-ing… Friday we had peeked in to watch a bit of the Lifestyle Lunch with Australia’s MasterChefs, Kate Bracks, Adam Liaw and Julie Goodwin. Saturday we saw the tail end of their main stage cooking demo as well as dropping into the side of a quick photo shoot in the VIP tent. We caught Jacques Reymond briefing the troops for his A French Country Picnic Lunch on Friday and doing a cooking demo with Justin North on Saturday. Waxed lyrical about Queenstown with Ben Batterbury, the executive chef of The Rees in New Zealand and kept seeing Peter Kuruvita and Martin Boetz every which way we turned. And as is opten the case at this type of event, I ended up in the line for the loos of all places, having a lovely chat to Stephanie Alexander …

But our favourite chef of the weekend was easily Alvin Leung of Bo Innovation in Hong Kong. Quite the performer, the phrase ‘I like to cook with wine, sometimes I even add some to the food‘ says it all… I hope to post one of the dishes he made in his demo here at some point – they were fresh, elegant and fun. After two seafood recipes Alvin surprised everyone by reproducing his ‘Sex on the Beach‘ dish with an Aussie dessert twist – if you do click through make sure to read what it was created for – the man is twistedly-inspired in the best possible way. If we ever make it back to Hong Kong dinner at his restaurant may be a bit out of budget but lunch is definitely on the list…

The last demo we saw on Sunday was Shaun Presland and Shinichi Maeda of Sake Arigato. Having been to Sake a few months back this was a great one to catch, now to take RJ there! Just a few cheeky snaps to finish up – including one with the most recent Masterchef winner Kate Bracks after our interview about her new cookbook – The Sweet Life. As soon as I write the post there will be a copy of her book to giveaway! Now I know this is called a Food & Wine festival but we are still overall on this no drinking thing so if you can believe, other than a cheeky shared beer during the heat of the day, there was not a drop of wine tasted the whole time – oops!

Part 3 will be up in a soon featuring all the wonderful producers! 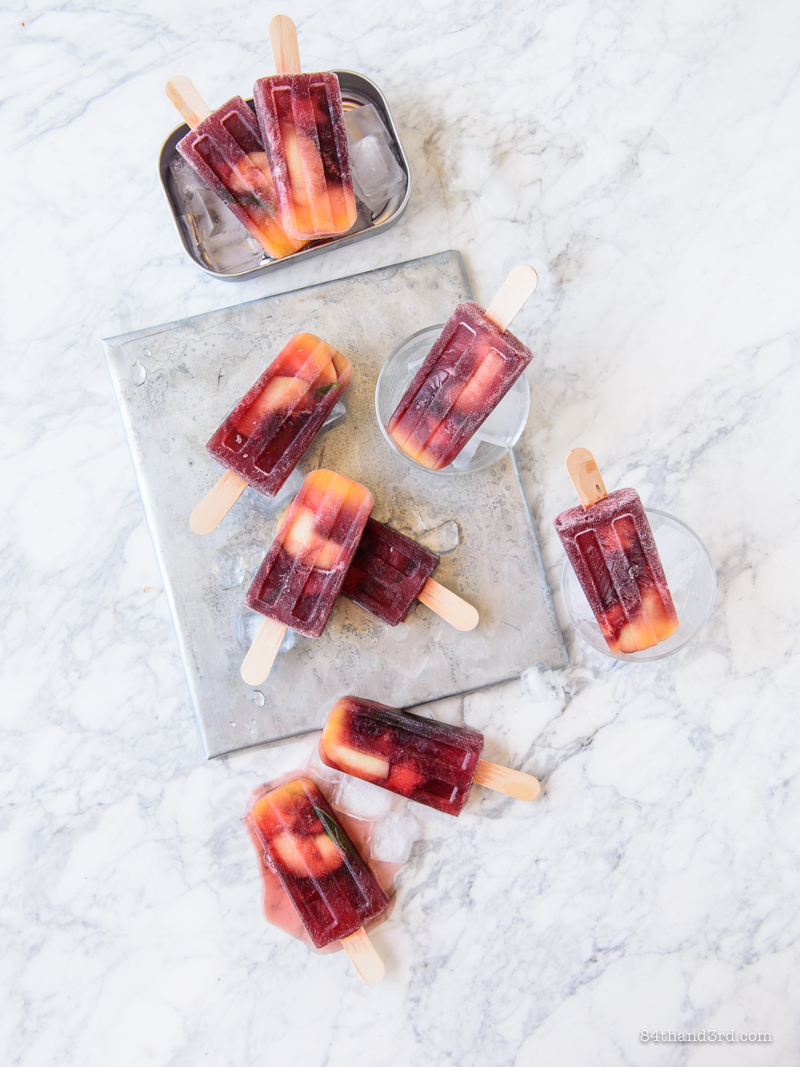