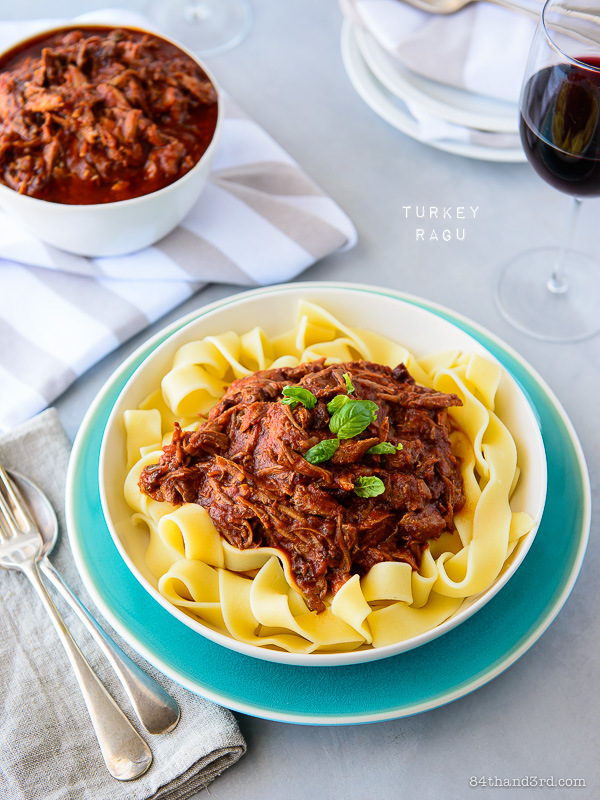 He always orders the house-made pappardelle, I always order the seafood pasta. We share the cabbage and walnut salad and spoon-battle over the last skerricks of dessert.

The ragu on the pappardelle changes each time, and while variations of beef and lamb are on regular rotation, turkey has only appeared once at our regular date night haunt…

The tacchino was ordered with a touch of hesitation, lunchmeat and overcooked Christmas roll far too vivid in his memory, but with one bite all bets were off. 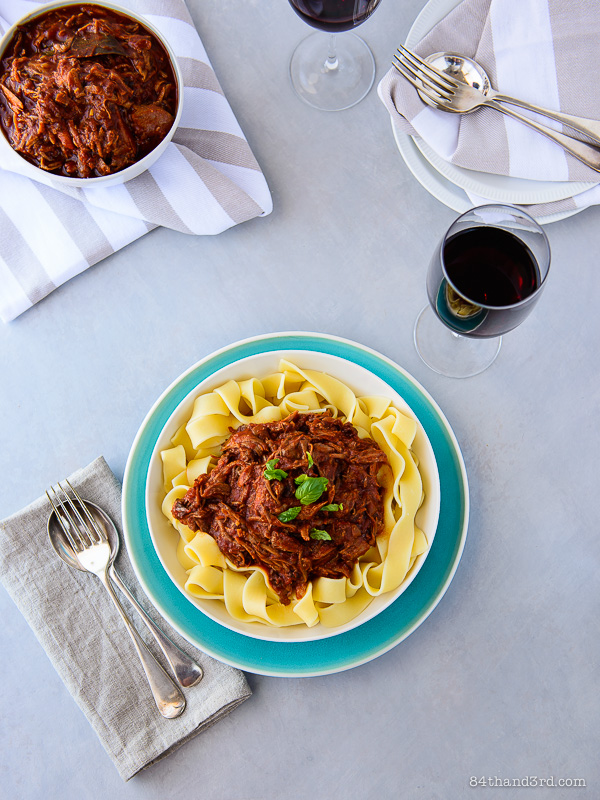 Talking ceased, lest it delay the measured movement of fork from plate to mouth, and thoughts of returning the next day began before the sides of the bowl were even scraped clean.

I managed to snag a small taste, bartered with a garlicky clam or other such morsel from amongst my seafood orecchiette — and in that instant the smokey, rich sauce was branded on my tastebuds.

It was shortly thereafter I discovered Flintstone-worthy turkey legs at our local grocery store, there was no question in my mind as to what they would become. 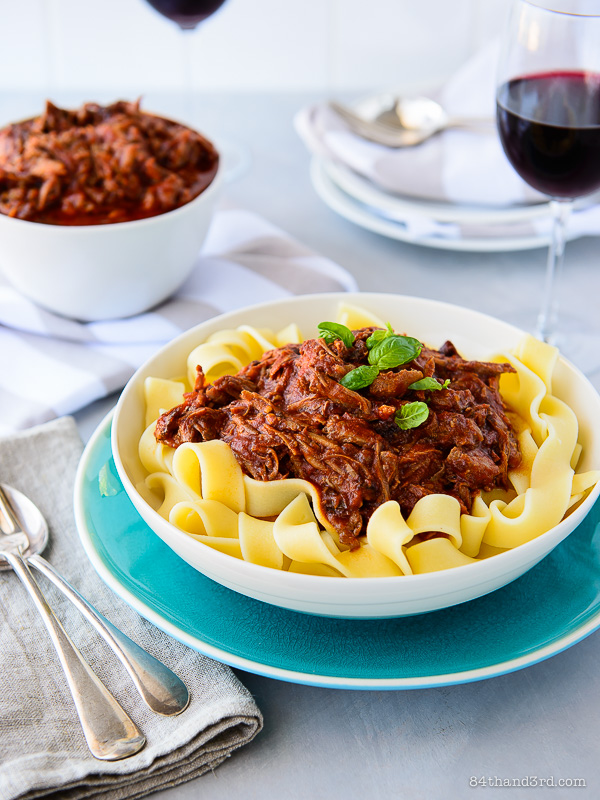 I approached them as I would lamb shanks, slow cooking in tomato with a touch of wine. Adding dark sundried tomatoes for a richness you just can’t put your finger on, and a few bay leaves for that illusive herbal whisper. Smoked paprika or chipotle would be welcome but weren’t invited this time.

The bowl of leftovers seemed bottomless, but while we were handing out other meals left and right in an attempt to keep the fridge manageable in the midst of an overflowing week of client work, RJ refused to let even a spoonful of the ragu to leave the premises.

I’d say we have a winner. 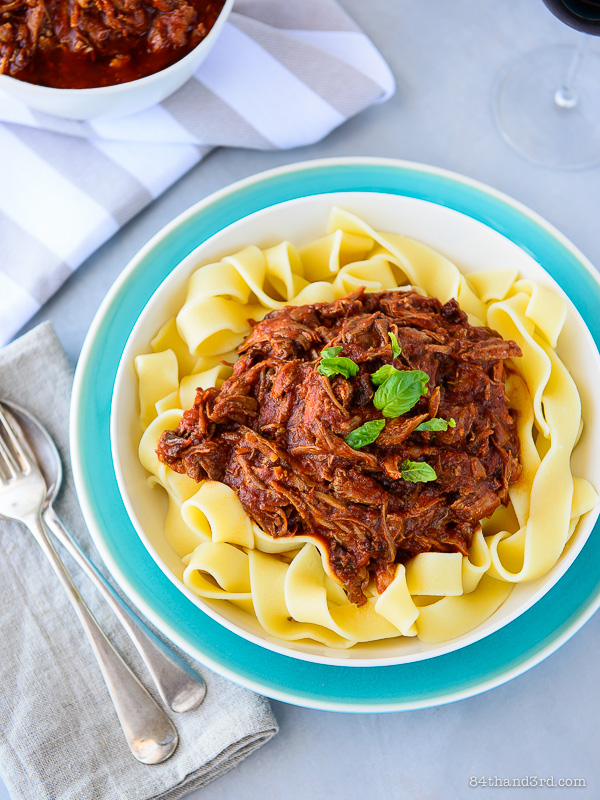 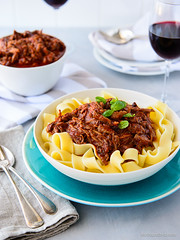 Rich and hearty this is no ordinary turkey dish — nor ordinary ragu for that matter. Intense, almost black, sundried tomatoes add an impossible richness while white wine and bay leaves lighten the stew just enough to send you straight back for a second (and perhaps third) helping.

Serves 6, give or take

Heat half the oil in a large heavy-based pot

and brown turkey legs on all sides. Set turkey aside, add remaining oil, onion and garlic to the pot and sautee until translucent.

Add wine to deglaze and simmer briefly to burn off the alcohol. Add sundried tomatoes, bay leaves, passata and stock. Stir well then return turkey legs to the pot, submerging as best possible.

Bring to a boil, cover and move to the oven. Bake for 2 hours then uncover pot, turn legs and bake a further 45 mins to 1 hour (uncovered) until sauce has thickened and meat is falling from the bone.

Remove legs from pot and, when cool enough to handle, remove and discard skin and bones. Roughly shred meat and return to pot with the sauce, discard bay leaves. Depending on your stock you may need to season with a touch of salt.

Serve ragu with wide pappardelle or twisty pasta that will catch and hold as much sauce as possible. 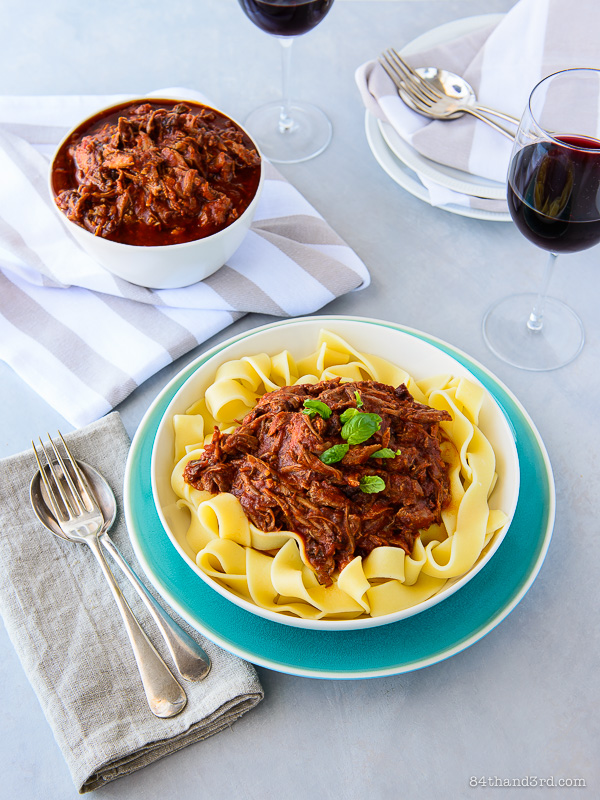