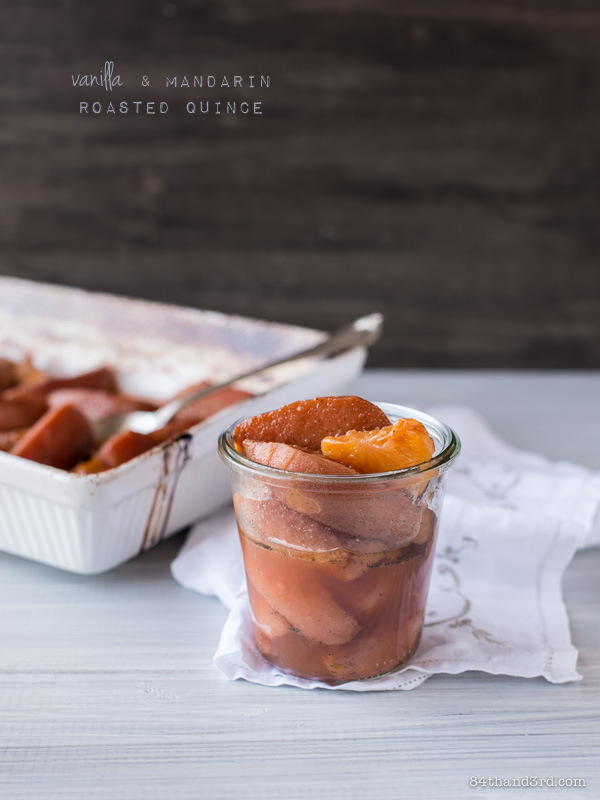 R: Hey, where does bellybutton lint come from?
J: I have no idea, I think it just happens.
R: Do you get it?
J: No, that’s your special skill, but did you know that there are whole factories in China that harvest belly-button lint for quilts?

R: I’m going to the shops, I’ll see if I can get the Lego Movie.
J: Can you also bring me some waffles like I had in Santa Fe? And a kitten?
R: Probably not.
J: How about a belly-button lint quilt?
R: *rolls eyes* 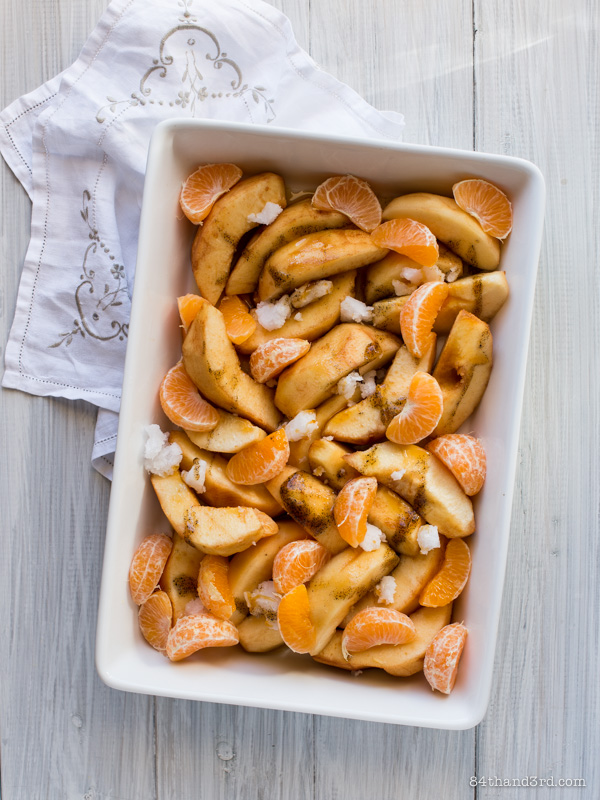 So what, pray tell, does any of this have to do with quince? Absolutely nothing. However telling someone they can create something brilliantly luscious from a raw quince is about the same as telling them they can create a quilt from belly-button lint.  (How’s that for a transition.) 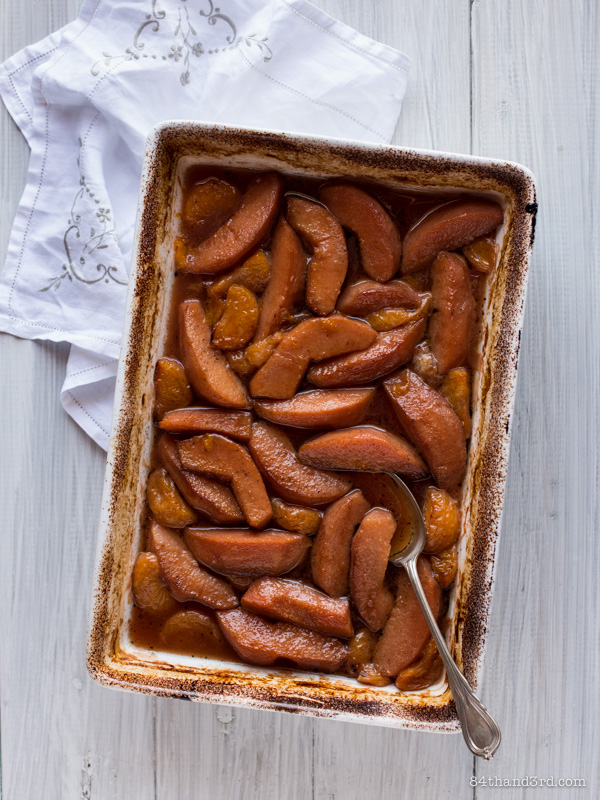 You see raw quince, to be perfectly honest, is a bit of a bitch. Fragrant in a sour kind of way, hard as a rock, pretty much inedible, and covered in an odd fuzz.

There is so much potential — roasted quince must be one of the most magical creations ever to come out of an oven — but it’s not a quick fix. The quince makes you work for it. 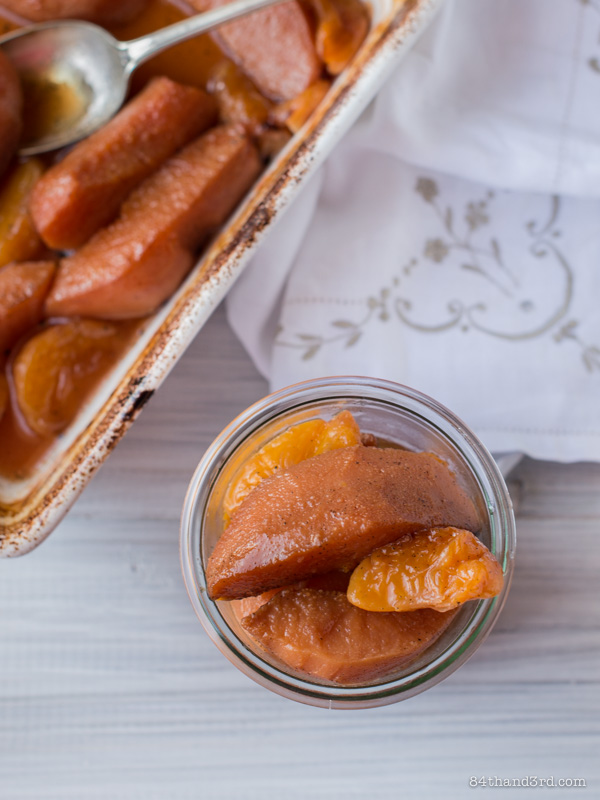 One starts by washing off the fuzz and dancing around the lumps and bumps with with a vegetable peeler to remove the skin. A very sharp knife will assist with cutting the fruit in half, then quarters, then eights, and then carving out the hard core from each piece. 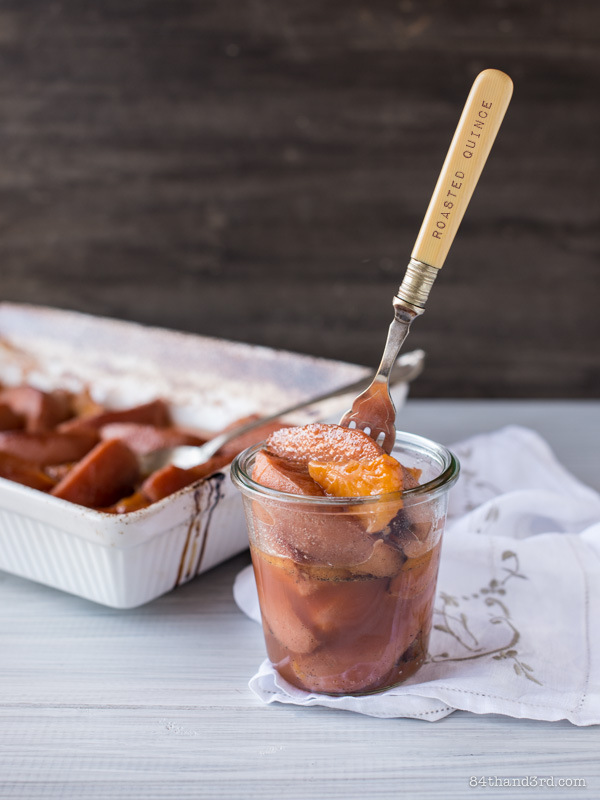 If you come out the other end with all your fingers intact you’re well on your way, but the resulting spoils of your labour are no more enticing than they started, at least not yet. It takes a few hours in the oven for the cheeky quince to transform from a beast into a beauty — but it is so worth the wait.

In other news I’m still seriously lacking in both blue corn waffles and kittens. Please send both immediately. 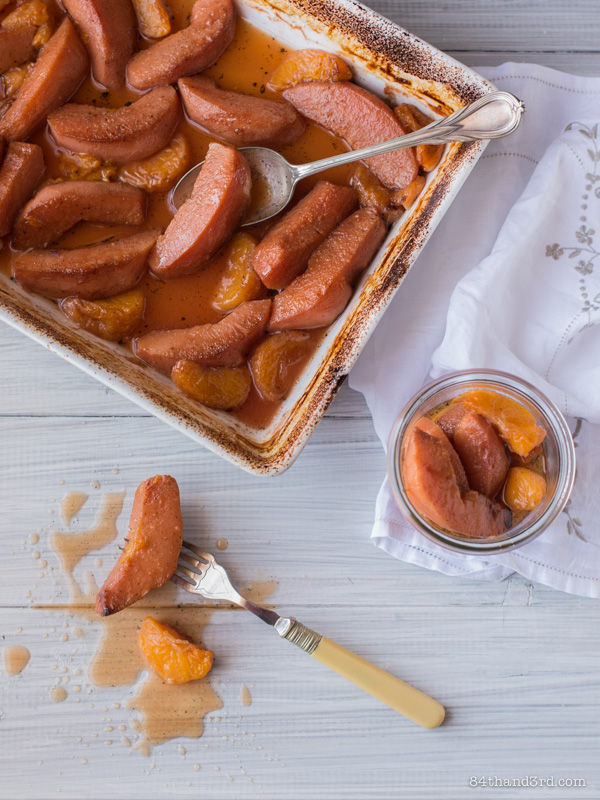 The transformation of quince from a hard and inedible lump to a tender and succulent treat is akin to that of certain glass slipper wearing housemaid. How very magical.

Pour in boiling water until fruit is just submerged. Cover pan with foil and crimp to seal. Bake 90 mins covered, then remove foil and stir gently.

Bake a further 60 mins until liquid is syrupy and fruit has turned a gorgeous rosy colour, gently stirring every 20 mins or so, turning the fruit to keep it from browning.

Serve with Greek yoghurt or vanilla ice cream or porridge or just eat straight from the baking dish. You could also turn it into a crumble, but that’s another story for another day. 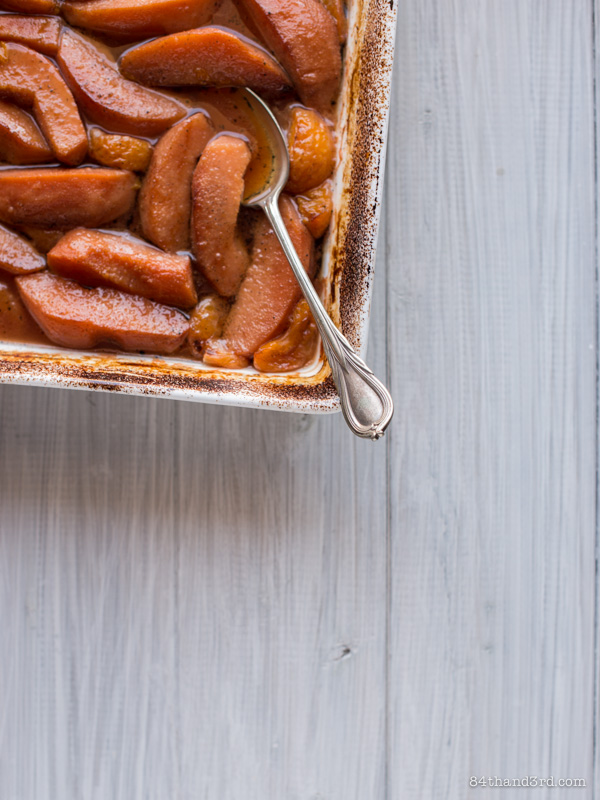