I decided one night a few weeks back that I needed to bake bread. I didn’t measure, kneaded and rested randomly, and ended up with the best loaf I’ve made in years (wholewheat, whole spelt blend). 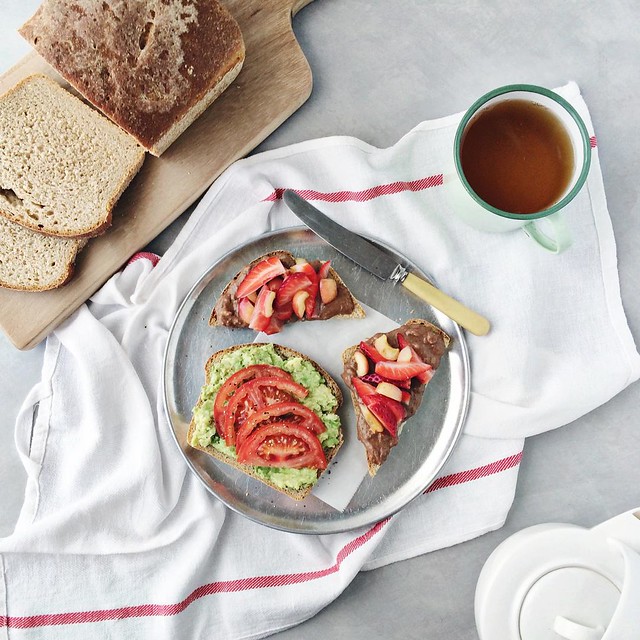 Lunch the next day (where I took time out from shooting food to take a photo of my food because I live in a vortex) was one slice w avo and tomato, other slice with choc/banana/tahini spread and berries. I think I won Monday, whether or not I can replicate the bread is still up for discussion.

Can we talk about this amazing mushroom sausage experiment? Gf and vegan and crazy good and I really need to make them again (and write an actual recipe) to post. 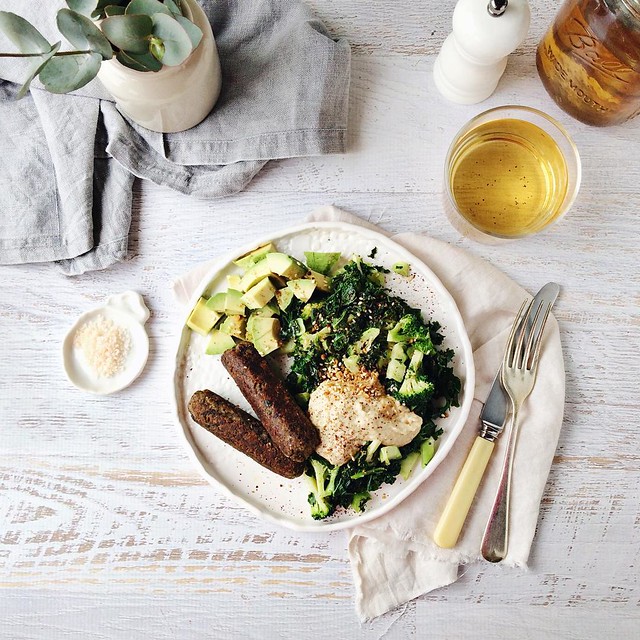 Making a cameo appearance here with kale and broccoli sautéed in olive oil, avocado, hummus, sumac & dukkah. Back to using a wide-mouth jar as a tea pot for obvious reasons (ie lots of tea). In other news the first meal of the day still counts as breakfast, even if eaten well after lunch, right?

Bought these gorgeous lemons at a major grocery store. Got them for a steal because they were bagged up as “odd”. 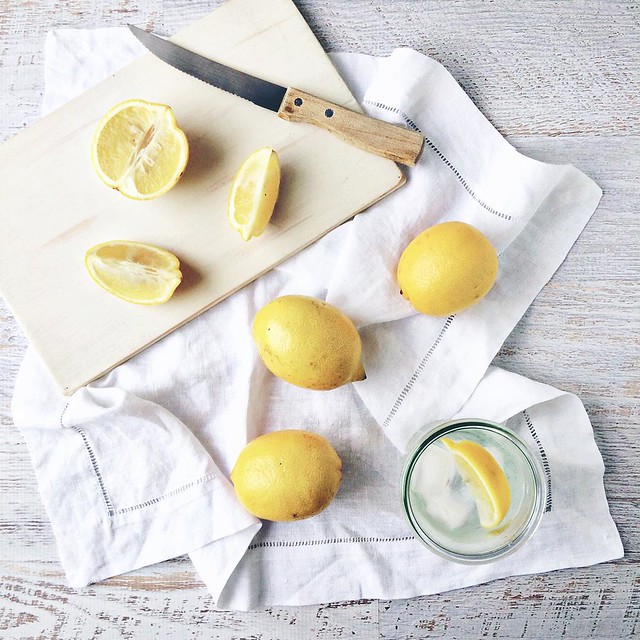 Had a cauliflower that needed to be used up so I made a huge jug of chocolate mousse (if you’re confused by that statement you need this in your life) that contains more veggies than most soups. 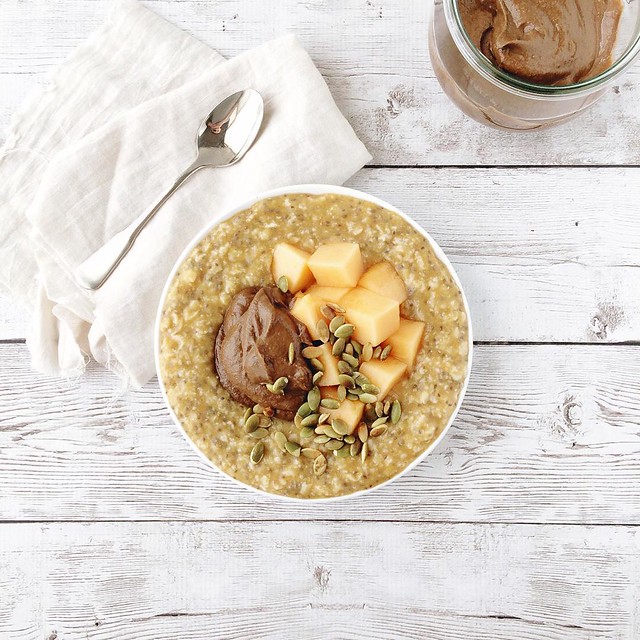 Then I made porridge, stirred though some pumpkin-apple butter and topped it with rockmelon (cantaloupe), toasted pepitas and a huge scoop of aforementioned choc mousse.

I recently learned that the small gold pineapples (the ones with the crowns removed before selling) are actually a newish variety that is super sweet/low acid in winter. The larger ones with crowns are a summer variety and not particularly nice in winter. 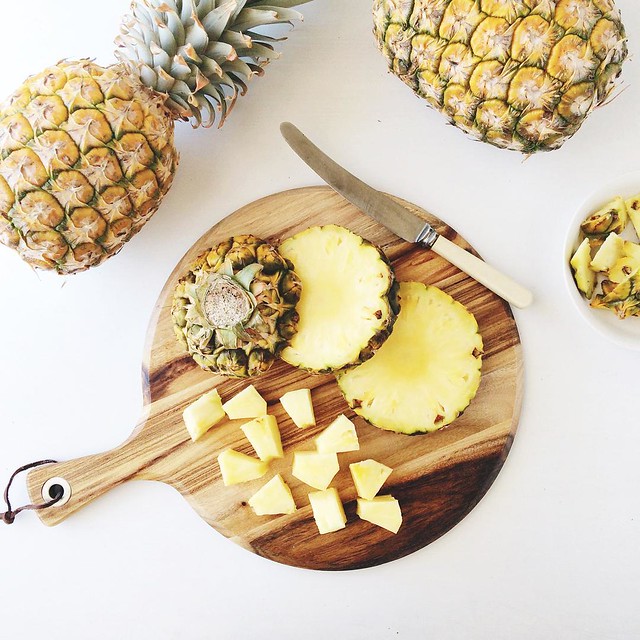 Then I ate sweet winter pineapple while standing over the heater and pretended it was summer. It’s all circle of life ’round here.

Eggs are one of my favourite things to eat but may be my most hated thing to prep and style. 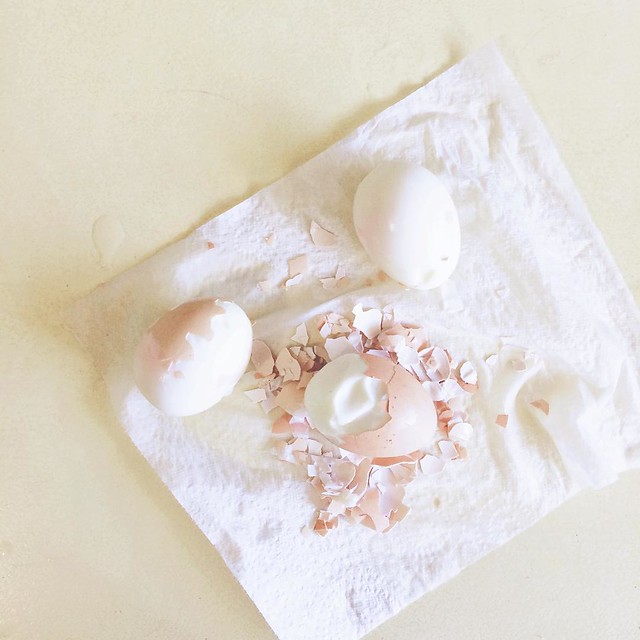 Yes the ones I made two days earlier from the same carton were fine, yes these were old before boiling, yes I added bicarb to the water, yes they were fully cooled, yes they are perfect inside but I’ll be damned if I can get the shells off, even under running water.

I’ve since been told to only add the eggs to already simmering water, and to peel while still warm, to add vinegar to the water and all sorts of other things that may well work until they don’t. Some people also shared the teaspoon trick (peel off very end, stick in spoon and run around inside of shell) which works no mater what and will probaly be my go-to from now on.

When I attend a lunch with fruit and veg as centrepieces I’m bound to ask for a bag, take some home and make a rainbow. In related news the orange tomatoes are one of the best things I’ve ever eaten. 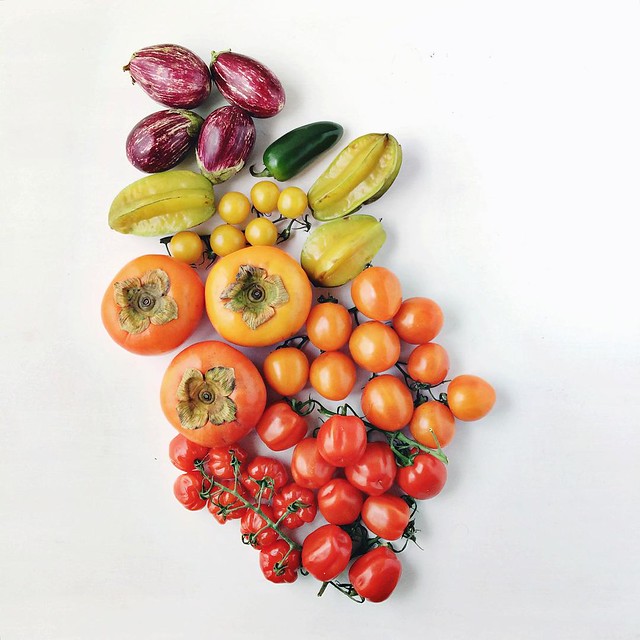 Have you heard that I’m running a food photography & styling workshop down in Taranna, Tasmania — just outside of Hobart — on 29-30 August? 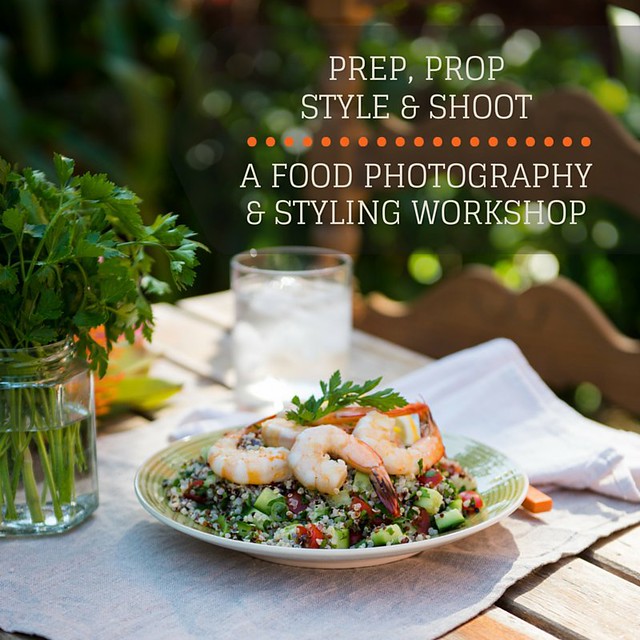 The lovely Eloise Emmett has invited me down (and as a chef is busy planning an amazing menu for the weekend) and we’ve worked hard to keep it small and make it really affordable. More info here.

When you put the handle on the wrong side of your hand-built pot then you leave it there because it totally looks like a bird? That.

I think I just earned my first wabi-sabi merit badge 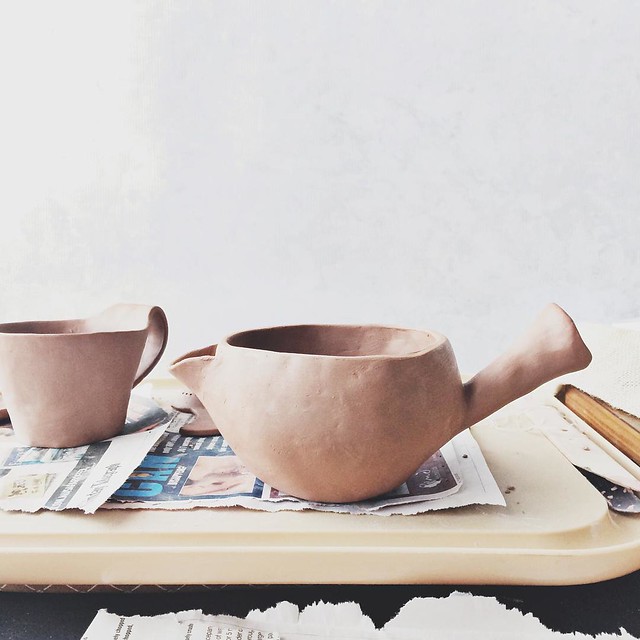 My special brand of retail therapy… 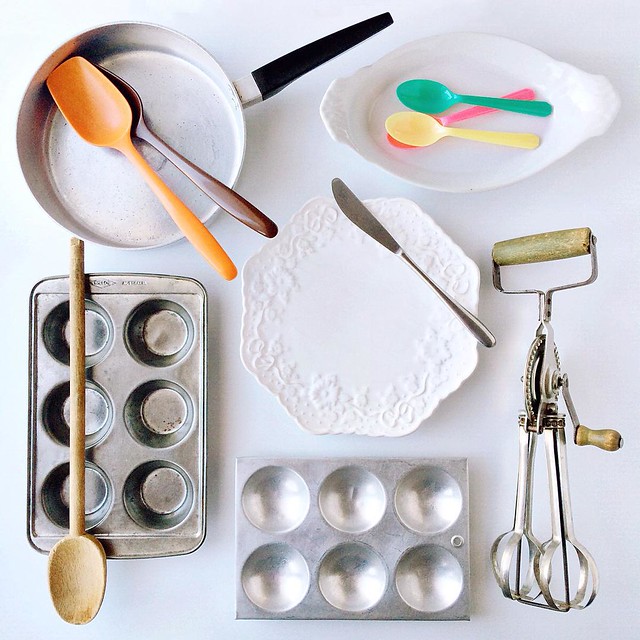 This gorgeous linen tea towel*, screenprinted by Aussie artist Sheryl Cole with her own illustration, arrived just in time to be put to work. Because props have to earn their keep too – ha! 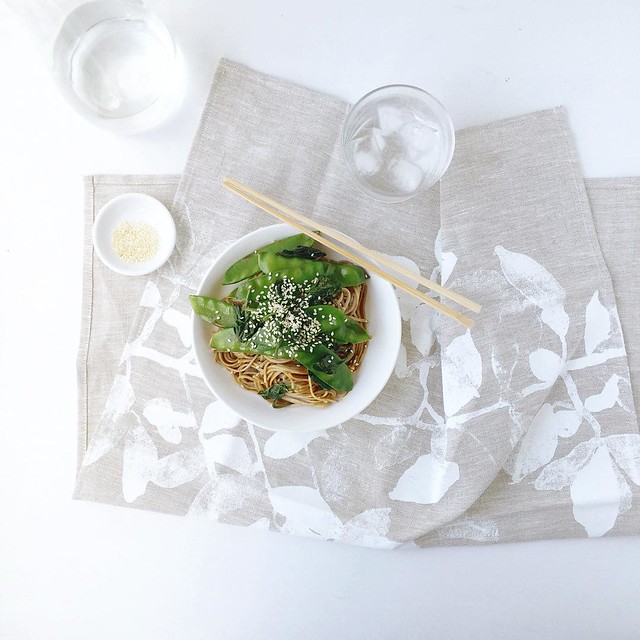 I’ve found a new homesickness cure (or at least a cure to the homesickness caused by a conversation with my mom who was at Cape Cod and just ate lobster for dinner). 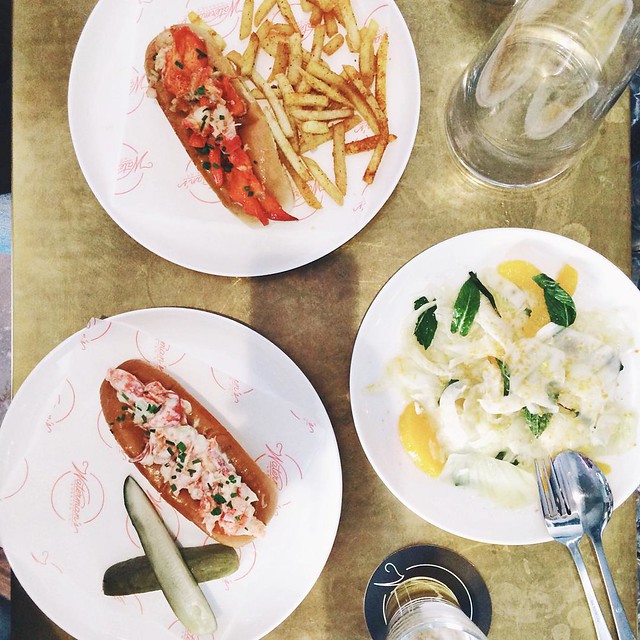 RJ and I headed down to Glenbernie Orchard last weekend for the Assembly Home winter gathering. 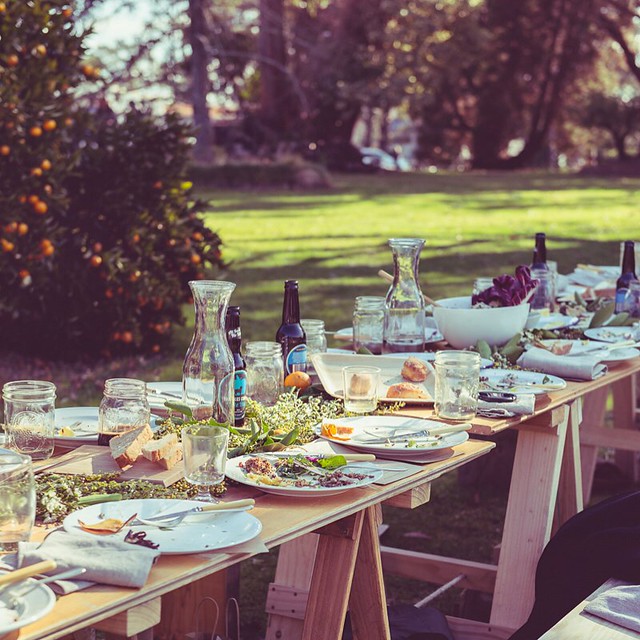 When even the aftermath is divine you know it was a good day.

As always I’m linking up with Celia for IMK. Make sure to pop over to her site and check out the other IMK posts — there is always great stuff to be found.

——
* Asterisked items were received for editorial consideration in accordance with my editorial policy. Nothing here is sponsored. All opinions are fully my own and yes they are generally positive, because I don’t have the time or inclination to share stuff I don’t like. Supercalafragalisticexpialadoshus. Beam me up Scotty. 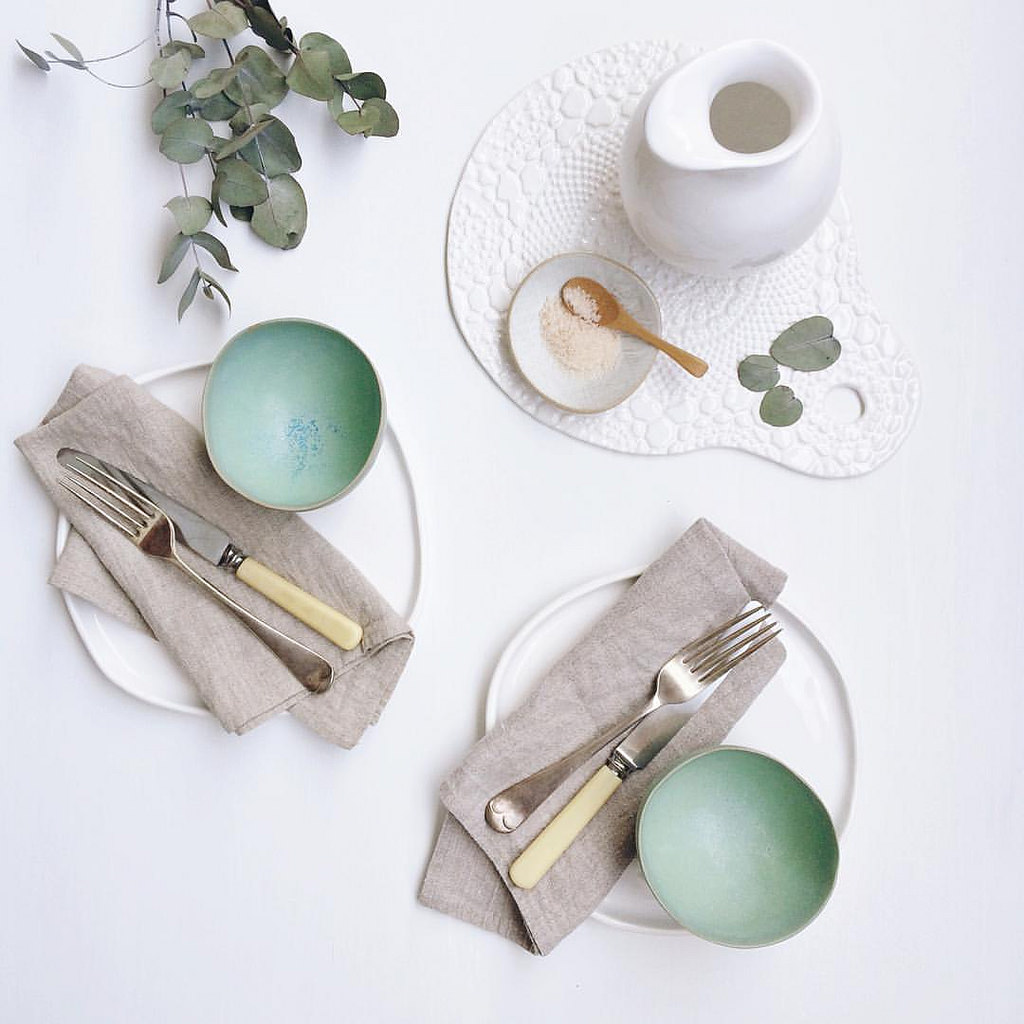