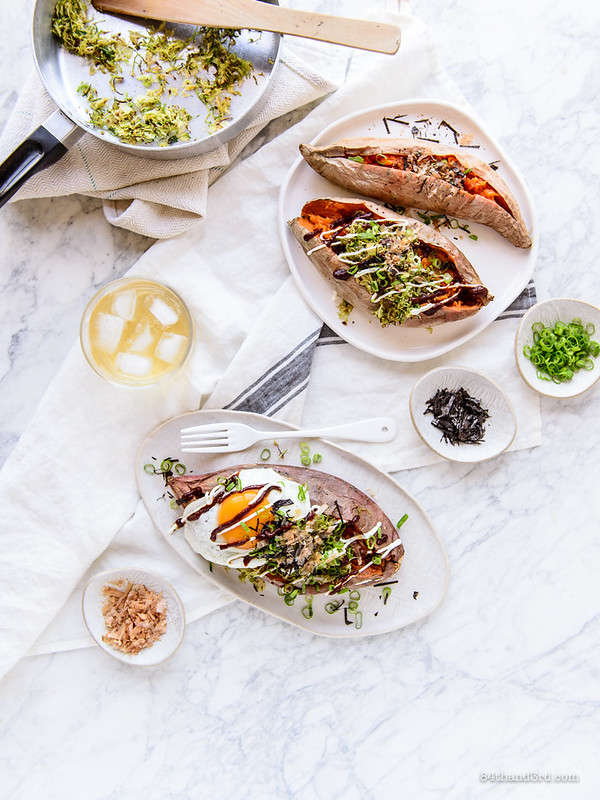 Let’s be honest, I could eat sweet potatoes nearly every day. I could also (and usually do) put bonito flakes on almost anything. And these sautéed Brussels sprouts? Don’t even get me started…

We’ll get back to the stuffed sweet potato version in a moment, but for those who aren’t aware, Okonomiyaki is a Japanese pancake — a savoury one, and more akin to huge fritter if we’re being properly descriptive. It’s found all over Japan and, not surprisingly, interpreted differently depending on what city you’re eating in. 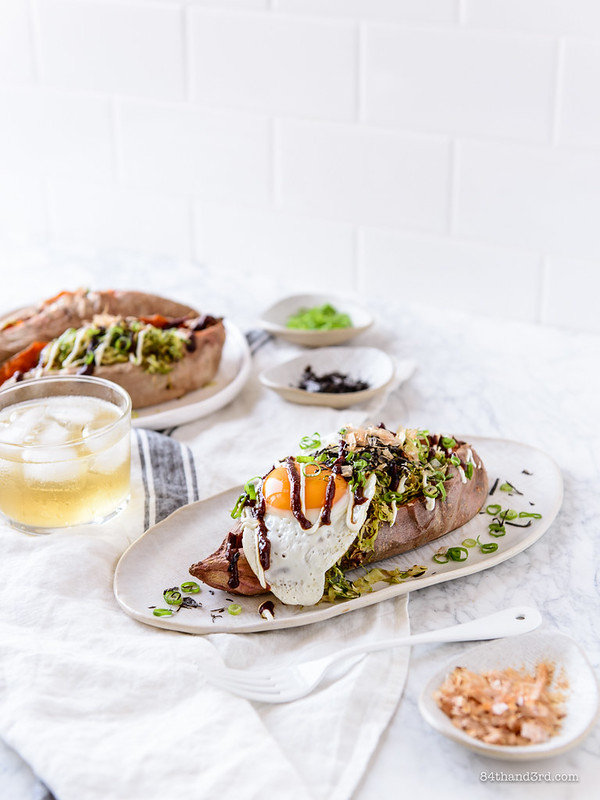 The common thread, regardless of location, is cabbage (and often noodles) mixed into a pancake-esque batter, topped with squiggles of Japanese mayo and bbq sauce, a sprinkle of nori flakes or furikake, and a generous pinch of bonito shavings and green onions. We always add a fried egg (because fried egg) and pile on extra bonito.

We hunt out Okonomiyaki whenever we’re in Japan, however we didn’t go in March this year (don’t worry, we’ll be there in the end of May, haha) and the hearty pancakes have been on my mind since I came across a recipe for a sweet potato Okonomiyaki a few months back. Of course my desire for the dish was greater than my desire to grate a pile of sweet potato and, if I’m being honest, I was after the toppings more than the pancake when this creation was born! 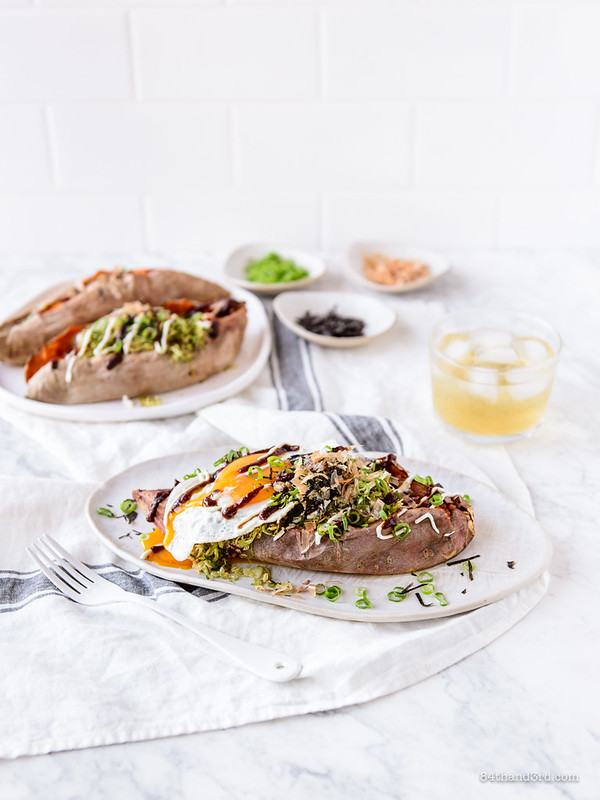 I’ll get to the recipe in a moment but first, these Brussels sprouts — good lord they’re good and they’ve been toping all sorts of things recently because they’re stunningly simple to make. Thinly shaved sprouts, garlic, olive oil, salt & pepper, hot pan, done.

Of course you could always make roasted sweet potato fries instead and use the same toppings — or grate the potato, mix it with the shaved Brussles and fold into a thin batter for anything from bitesize to pansized savoury panckaes — but that’s another one for another day! 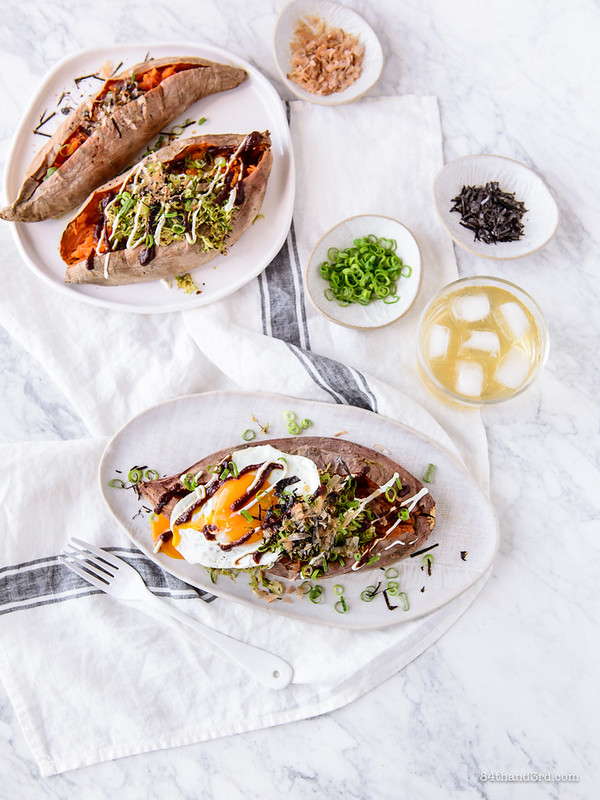 All the toppings of Okonomiyaki, stuffed into a baked sweet potato. Perfect. 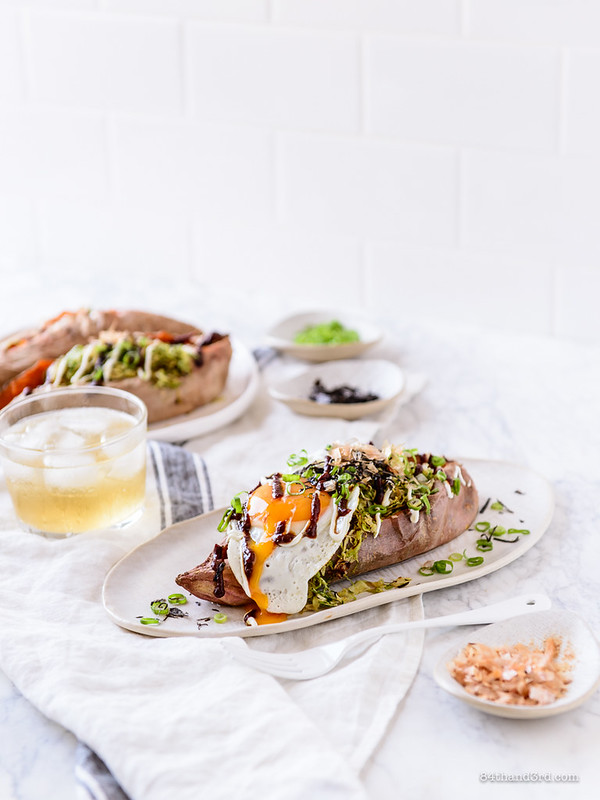