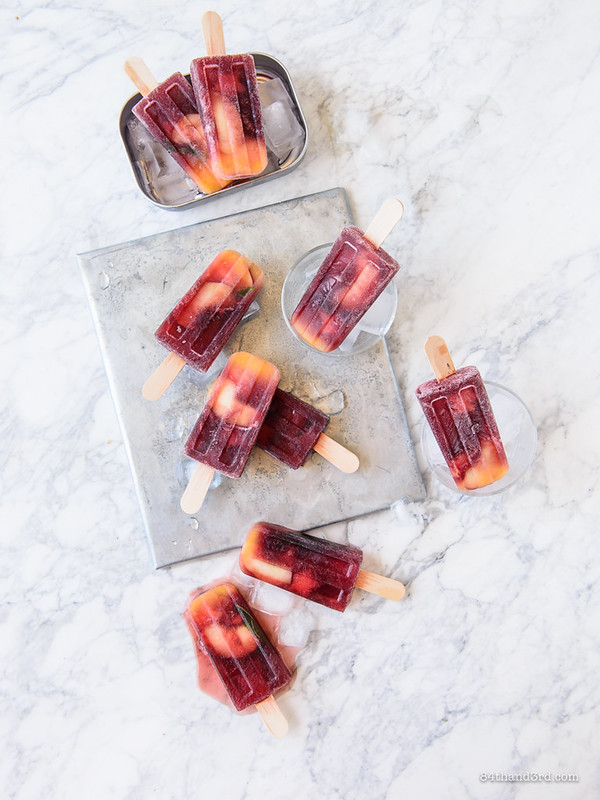 I always used to smirk at those “10 things to do with leftover wine” lists, because who ever has leftover wine? But I somehow became that person who rarely drinks more than one glass in a go, and all of a sudden if a bottle of wine was opened there was almost always a couple of glasses left over. 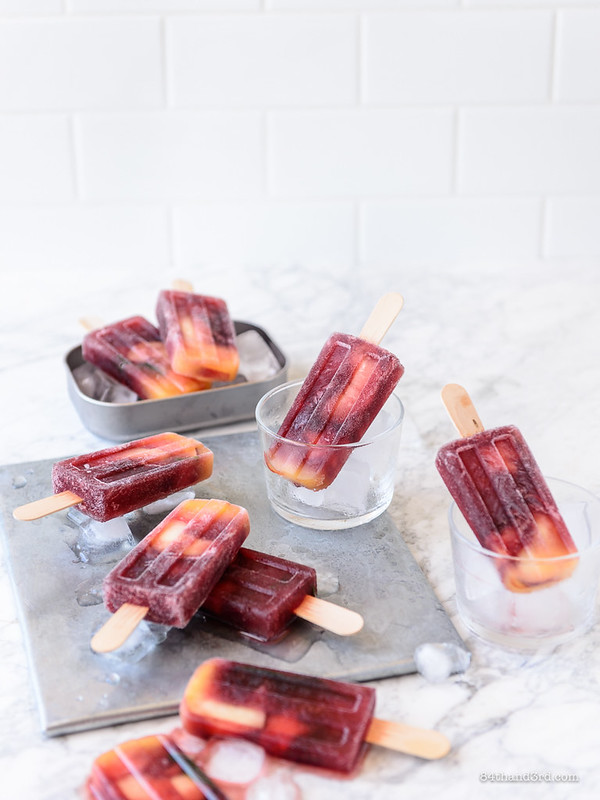 Then one day I horrified a girlfriend (who is a brand manger for a wine company, so rightfully horrified by bad wine habits) by sharing that I was known to re-cap and refrigerate said open bottle in order to have another glass a few days later…

The next time I saw her she brought me a lovely red and made me promise to drink it for no more than 2 days after it was opened (even that seemed to pain her terribly – ha!), and under no circumstances store it in the fridge. 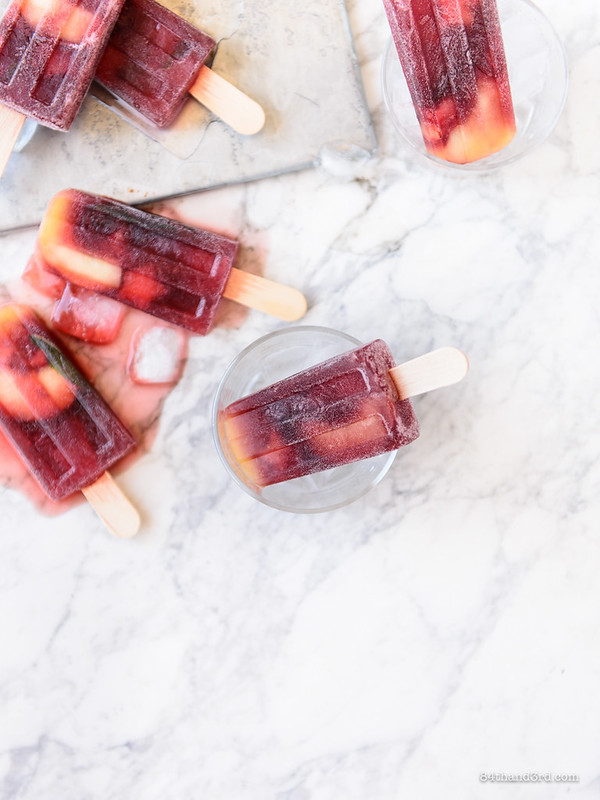 Needless to say I had to find a solution for leftover wine fast. Spiced poached pears (both baked into a cake and spooned over crepes) are an easy answer, but it was smack dab in the middle of summer and not only were pears not in season but it was dreadfully hot. Sangria emerged quite quickly as the obvious solution — and making it in popsicle form wasn’t far behind.

Now, if you’re a non-drinker, want to make these for the kids, or never *ever* have leftover wine, it’s an easy sideways step to virgin sangria — simply replace the wine with unsweetened pomegranate juice or strong freshly brewed hibiscus tea — and probably a much more responsible choice if you’re prone, as I am, to eating popsicles for breakfast… 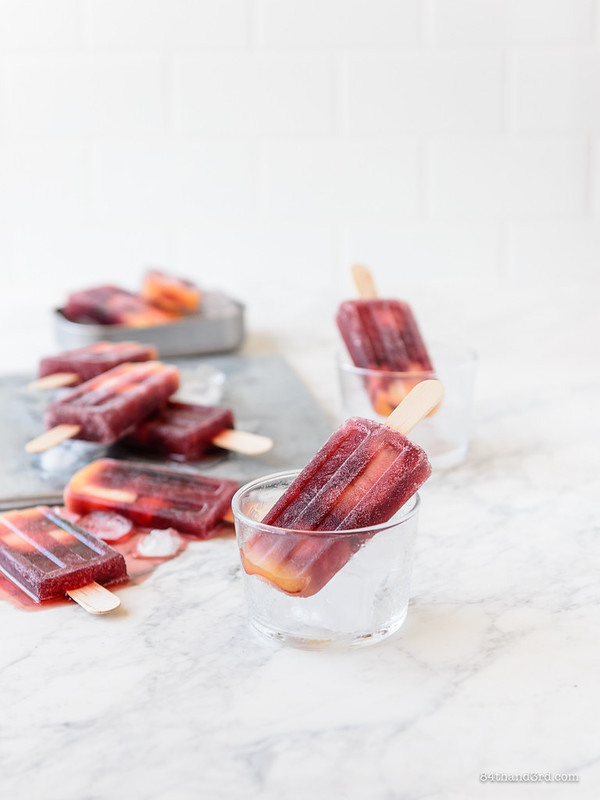 Fresh and fruity, these sangria popsicles are just the thing to spice up a hot summer day (whether you're using leftover wine or not)!